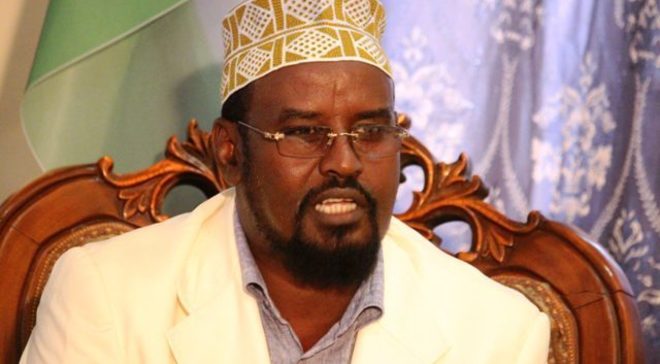 KISMAYO, Somalia – Jubaland announced on Tuesday it has temporarily closed its main airport and canceled all flights ahead of the much-anticipated presidential election due to be held on August 22nd, Garowe Online reports.

In a statement, obtained by Garowe Online, the Somali Federal State Security Council said Kismayo’s air, sea and land borders have been shut down with immediate effect at 6:00 p.m. Tuesday, August 20th.

The shutdown will continue until August 23rd, the day after the election of the president.

In addition, the movement of the security forces will not be allowed on Election as Jubaland state and AMISOM police assigned to keep public order at the voting hall in the port city, according to the statement.

The statement further said that the regional and national army forces in and around Kismayo city were put on standby to deal with anything that may happen during the presidential election next Thursday.

Moreover, the Security Council has appealed to the public at large to cooperate with the security forces responsible for ensuring security during the key regional leadership election.

This comes after Jubaland authorities at Kismayo airport on Monday refused to allow an Ethiopian plane reportedly took off from Gode in southeastern Ethiopia to land for not sending information in advance.

The plane said to have been carrying soldiers eventually touched down in the Somali town of Baidoa.

The incumbent Jubaland President Ahmed Mohamed Islam, known as [Ahmed Madobe], who is seeking re-election for a third term in office, is among several candidates vying for the state presidency.

Madobe who has been in power since the establishment of Jubaland in 2013 now expressed his interest to lead the Federal Member State in the next four years.

On Monday, August 19, Jubaland electoral commission handed over the responsibility of conducting the presidential election to the new 73-seat State Assembly following calls by the International community.

As universal suffrage elections are not yet possible in Somalia, an electoral process has been developed to facilitate enhanced political participation. The State Parliament which consists of 73 members will elect the new president.

- All eyes on Jubaland State elections -

The state’s election is the top news in Somalia as silent war is being waged between the Somalia Federal government, Ethiopia and Kenya which are jostling for influence over who will be the next president.

Kenya is sticking to its long-time ally, Ahmed Madobe, whom it fought alongside him during the capture of Kismayo, a strategically important city, about 500 Km south of Mogadishu from Al-Shabab in 2012.

The Somalia Federal Government, in its resolve to control all federal states, is said to be ready to do anything possible to dethrone Madobe, who despite all the opposition is considered the favorite leader.

A coalition of political parties in Somalia, who recently issued statement has thrown weight behind Ahmed Madobe, accusing the government of sinister motives and meddling with the Jubaland elections.

On Tuesday, Kenya's ministry of foreign affairs contradicted letter by UN envoy for Somalia James Swan sent to Jubaland electoral body and called on him to withdraw it due to lack of 'consensus' among Int’l partners.