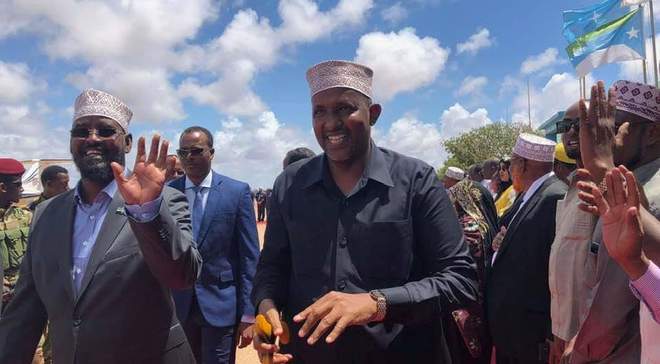 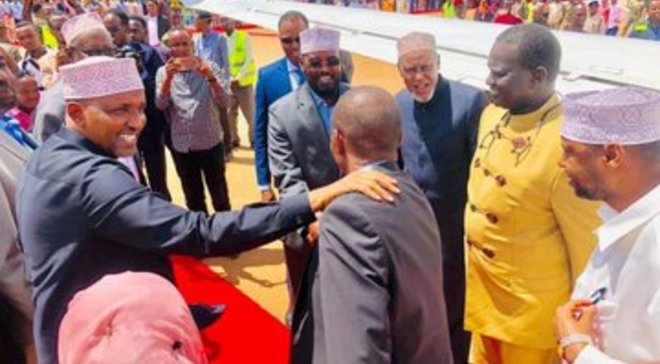 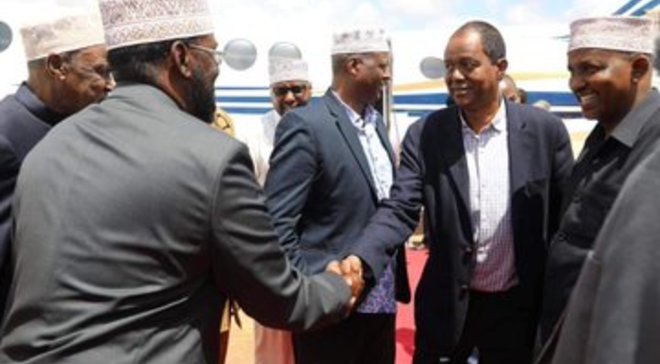 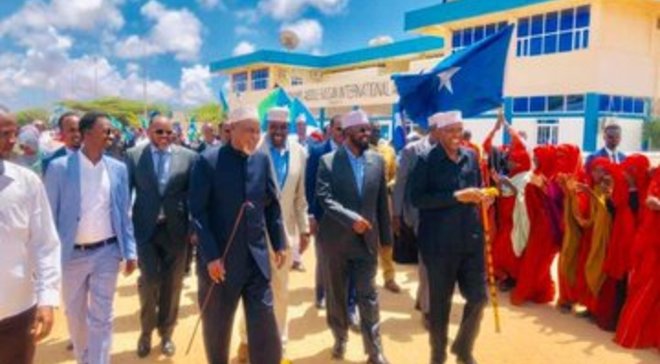 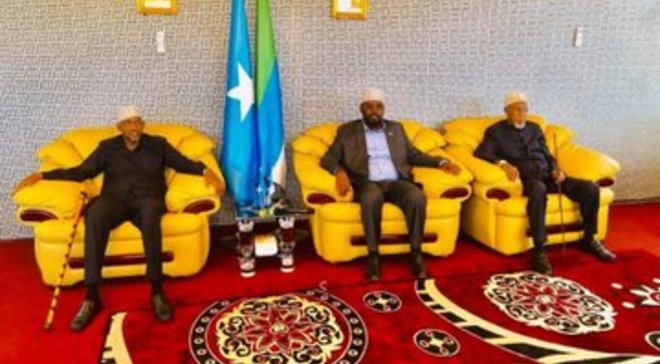 KISMAYO, Somalia - An special plane carrying a high-level delegation from Kenya has on Saturday arrived in Somalia's southern port city of Kismayo for the inauguration of Jubaland state president, Garowe Online reports.

The delegation led by Aden Bare Duale is the Majority Leader of the National Assembly of Kenya received a warm welcome from Jubaland president Ahmed Madobe and other top officials upon arrival at the airport early in the morning.

Duale's plane has directly flown from Nairobi and touched down in Kismayo as the Federal Government of Somalia directed all international and local flights heading to the seaside city to pass through Mogadishu for inspection.

The leaders seem to have weathered pressure from the Federal Government of Somalia which recently imposed a flight ban to Kismayo in a bid to restrict delegates from attending the inauguration.

On September 22, the government barred former President Sheikh Sharif from boarding a plane to Kismayo at Mogadishu's Aden Adde International airport, a move that was condemned by politicians across the country.

On Friday, October 11, Mogadishu-based Somalia's Civil Aviation Authority issued a ban on all flights from any point within Kenya to Kismayo and reiterated previous order forcing commercial planes to route via Mogadishu.

Somalia and Kenya are currently at loggerheads over a longstanding maritime boundary row which led to the worst ever diplomatic standoff between the two neighboring Horn of Africa countries.