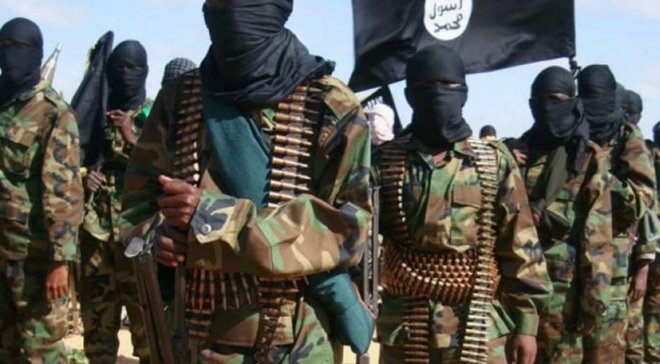 In a statement posted on its affiliated websites, the militants said they used rocked propelled grenade and machine guns to attack the Kenyan army camp, which lies about 50 Kilometers west of Bardere town.

The militant military operations spokesman Sheikh Abbulazia Abu Musab, told the group's Radio Andalus that a number of Kenyan soldiers were killed in the attack, and burned down two armored vehicles.

Local officials said dozens of al-Shabaab fighters in pickups mounted with automatic rifles were reported to have first tried to overrun the base in Taraka area. However, they were repulsed by the Kenyan forces of AMISOM contingent.

Moments later, a reinforcement unit of KDF soldiers arrived, surrounded the attackers and engaged in hours-long gunfight, according to Major Ahmed Ibrahim, a Somali military officer in the region.

The Kenyan soldiers used mortars and heavy machine guns in the assault that forced the militants to retreat towards their stronghold rural areas in Gedo as KDF and Somali National Army (SNA) troops pursued them relentlessly.

Despite the loss of territory, al-Shabaab group still carries out major gun and bomb attacks against SNA and their allied African Union peacekeepers (AMISOM) in south and central regions.