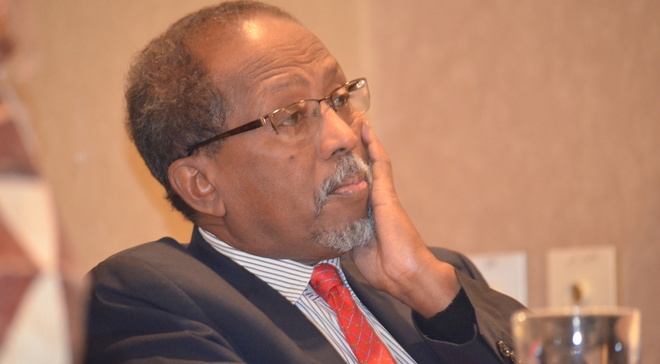 Galaydh disclosed the peace talks in an interview with BBC Somali Service amidst wavering loyalty split between Puntland, Somaliland and Khaatumo.

The pugnacious leader made a rare departure from salvos, stressing that they now want to live side-by-side in peace with Somaliland.

Continuing, he noted that the negotiation is not the first one initiated with the arch rival that seeks an independence from the rest of conflict-wracked country.

Galaydh hoped that Khaatumo will reach a similar agreement with Puntland, days after his envoys met with Somaliland ministers in Aynaba.

Somaliland last month gathered elders for talks on consensus to be reached regarding the future of Sool and Sanaag regions.

Prominent Sool traditional leader Garad Saleban Garad Mohamed decried any Somaliland activities in Sool, though he did not apparently take sides with Puntland.

Puntland President Abdiweli Mohamed Ali’s administration has yet to comment on the latest developments including consolidating Somaliland involvement in the disputed territories.

In August, 2014, Galaydh who has sought to exercise substantial autonomy was elected President of the mini state.

Khaatumo and Puntland leaders for the first time met at the Prime Ministry in Mogadishu in December, 2015.