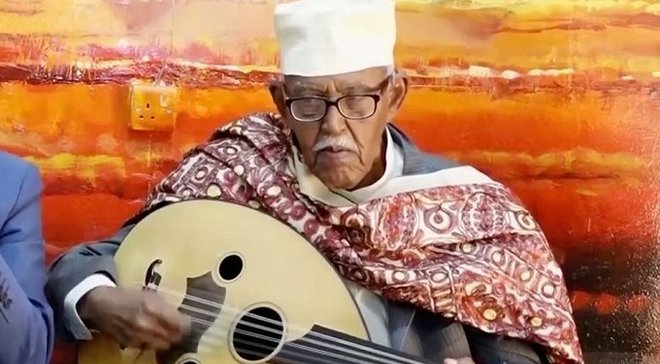 Hussein, 92, died in London on Tuesday night after battling with the virus for few days and is set to be interred in the UK, where he has lived for the better part of his life since the end of Somalia's deadly civil war.

Ayan Mohamoud, a former representative of Somaliland in Britain, announced the tragic news on her Twitter account, although she did not divulge into more details.

"Deeply saddened by the passing of Ahmed I Hussein ‘Hudeydi’ – one of the greatest Somali musicians of all time; AKA The King of Oud," she said. "My deepest condolences to Hudeydi’s family, fans, Somalis across the world and his fellow Somali artists."

Popularly known as the King of Oud composed dozens of songs which are evergreen both in Somalia and diaspora, and he's cherished for having nurtured several young musicians in the federal republic of Somalia.

Reports from London indicate that he contracted the virus four days ago and he had been receiving treatment in one of the local hospitals. Britain is one of the worst-hit European nations with the COVID-19 pandemic.

Tributes continue pouring from several parts of the globe, with thousands of people appreciating his music prowess and philanthropy, as some hailed him as a true Somali legend "of all times".

"Today the Somali community around the world has lost a hero - Ahmed Ismail Hussein Hudeydi - one of the founding fathers of modern Somali music lost to covid19. I am utterly devastated," Hanna Ali, a renowned researcher said.

Mary Harper, the BBC Africa Editor, while recognizing him as King of Somali "Life", added that the deceased musician was "so kind, fun, principled, generous and special".

"The humanity lost an icon, a hero, a king. Those who met him will remember him as a synonym of life and joy. Those who never meet him will know this through his art. May Allah rewards his soul to eternal peace," said Jama Muse, founder of Hargeysa Cultural Centre.

The large percentage of COVID-19 in the UK are Somali-Britons mostly the elderly. Last week, the Horn of Africa nation lost former Prime Minister Nur Adde, who also succumbed to the virus in London.

So far, the total number of deaths has hit 83,000 worldwide with around 300,000 people recovering. The total number of infections has reached 1.5 million, with the US becoming the latest epicenter of the virus, authorities said.

Economic activities have been grounded across the world, a move that could lead to an unprecedented recession. However, reports indicate that the rate of infections has subsided in Wuhan, the first city in China to record the cases.