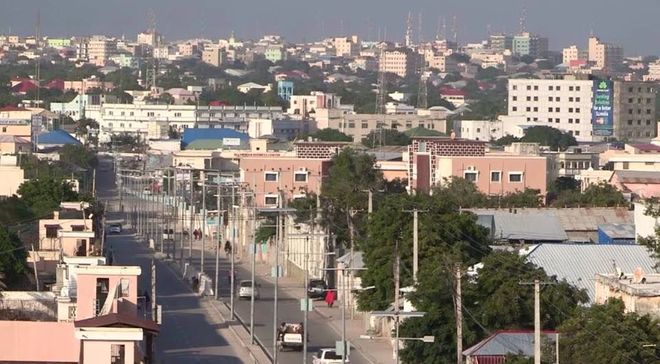 MOGADISHU, Somalia- The two-day curfew imposed in Mogadishu was lifted following the election of a new President Mohamed Abdullahi Farmajo by the country's Federal Parliament on Wednesday, Garowe Online reports.

Thousands of Mogadishu residents celebrating the election of Farmajo as the 9th President of Somalia took to the streets in the capital, and broke the government curfew last night.

The  businesses and public transportation have returned to normal in Mogadishu on Thursday morning, despite some roads near diplomatic missions and popular hotels remained on lockdown.

Banadir region officials said they are currently working to remove all roadblocks erected temporarily on streets during the presidential election held in Aden Adde International Airport.

The Speaker of the Federal Parliament Mohamed Sheikh Osman Jawari has apologized to public for the lockdown of Mogadishu, saying it happened for the sake of the election of the country's leadership.

In  a brief speech on State media, the president-elect Mohamed Abdullahi Farmajo has thanked the people who celebrated his election, and promised to restore peace and nation-wide reconciliation.