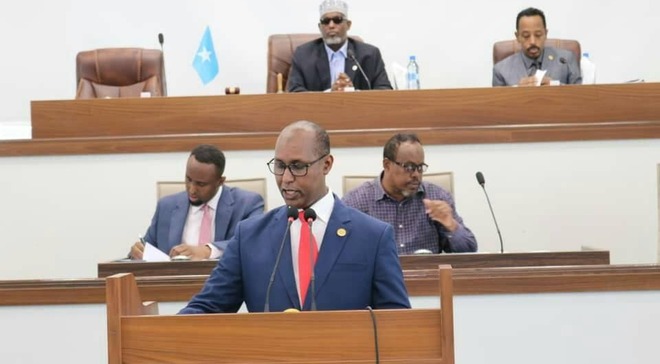 MOGADISHU, Somalia - Somali women's urge to directly participate in governance was tremendously boosted on Sunday, following the decision by Lower House to unanimously endorse a 30 percent quota proposal for affirmative representation in the house.

For months now, international partners have been pushing for the proposal, which they insist that will erode traditional discrimination of women in leadership positions, including uncertainty in parliamentary representation, in a rather patriarchal society.

On Sunday, the Lower House approved the proposal, effectively adopting the 30 percent quota, which now means that in the next elections, parliament must have at least one-third of female MPs, for it to transact any legal business.

During voting, reports indicate, over 134 MPs voted for the proposal, with just seven opposing while two abstained. The proposal will now be forwarded to the Senate for ratification, which if passed, will be sent to President Mohamed Abdullahi Farmajo for signing into law.

Ben Fender, the British ambassador to Somalia and Nicolas Berlanga, who represents the European Union, has been pushing for the enactment of the affirmative action bill, which would solve the question of women representation.

The proposal is among several others that are now being considered ahead of the upcoming elections. MPs will debate on the model for elections, which has been a thorn in the flesh, which has literally caused divisions among stakeholders in Somalia.

Somalia has a total of 329 lawmakers, of which the majority, 275, sit in the Lower House. The Senate which is the Upper House in the bicameral set-up constitutes 54 representatives picked from across the federal states.

Election of women to administrative and elective posts in Somalia is one of the major nightmare given the traditions that are mostly anchored on an archaic culture. But in recent years, many women are being considered for key positions, and the approval of 30 percent could dramatically change Somalia's attitude on women's leadership.

In 2012 polls, there was 14 percent of women in Lower House, elected to represent certain regions. The percentage significantly increased to 24 in 2016 polls, just 6 percent shy of the minimum requirement of 30 percent as recommended globally for either gender.

Previously, the 30 percent quota was not anchored in the law, thus Sunday's development is a significant achievement for Somalia, a country that has struggled to establish a functional government following years of anarchy.

Other issues that will be deliberated by MP also include representation for both Banadir and Somaliland regions, which have been contentious for several years. The ad-hoc committee submitted a report which is currently being assessed for future enactment.

The National Independent Electoral Commission [NIEC] is expected to also make proposals in parliament later this month in which its set to reveal some of the strategies to ensure the 30 percent quota is achieved. The commission has been working on a matter for several months now.