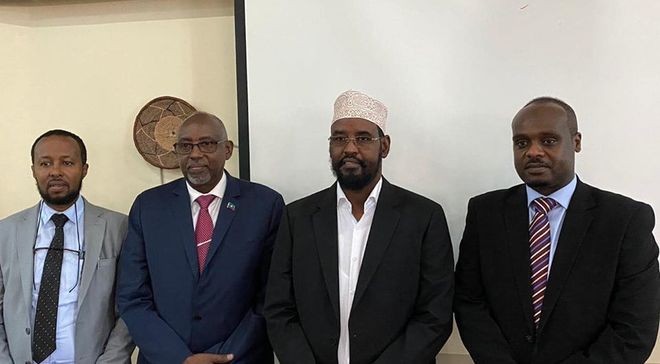 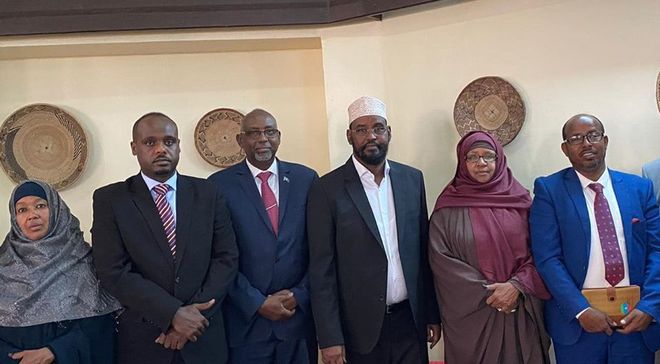 The two sides discussed ways to promote peace and understanding among all political groups in the Horn of Africa.

Since Monday, speculations have been rife that the two sides met in Nairobi, with the agenda of their meeting remaining scanty.

But ONLF denied meeting Madobe, adding that no such meeting had taken place despite the fact that the two parties are in Nairobi since Sunday.

In a tweet on Wednesday, ONLF accused the Ethiopian paper of spreading 'fake' news, calling for 'adherence' to journalistic integrity.

"We advise Addis Standard to adhere to journalistic integrity & get information from credible sources rather than spreading onesided rumors," the party tweeted.

ONLF further said it is "committed to peace & stability of the Horn of Africa. It will engage with all stakeholders to advance tranquility".

But on Thursday, Madobe held a meeting with the newly elected ONLF officials, including the leader Abdirahman Mahdi.

In the meeting, Madobe's team revealed, the two sides discussed the current political situation in the Horn of Africa region besides congratulating Mahdi for victory.

"The president congratulated Mahdi for being picked to lead ONLF. They also discussed the current political situation in the Horn of Africa," Madobe's aides confirmed.

While the exclusive details still remain scanty, Madobe is facing uncertainty in Jubaland despite having won re-election barely four months ago.

In recent weeks, the Jubaland leader has accused FGS under Mohamed Farmajo and Ethiopian PM Ahmed Abiy of a wider plot to eject him from power.

In a past interview, Mahdi had backed the Jubaland leader, who was born in the Ogaden region, before seizing powers in Kismayo after an onslaught against Al-Shabaab in 2013 with the aid of KDF.

“Kismayo is a very strategic position. And if things change there, it will affect the security of this country. And I believe Ahmed Madobe has so far done a good job," he said in a past interview.

"For now, we are not sure that if others come the security issue will be maintained," added Mahdi, insisting that instability in Kismayo will affect Ethiopia.

Jubaland has already written to the United Nations and AU accusing Ethiopian non-AMISOM troops of 'illegal incursion' in the Gedo region.

The troops, Jubaland said in a letter, had abducted local officials including three District Commissioners, forcing them to 'surrender jurisdictional authority' to FGS.

So strained has been Madobe's relationship with President Mohamed Farmajo, that both Kenya and Ethiopia have been dragged into the standoff, a move which could affect AMISOM operations.

ONLF is the main opposition in the Somali region. The meeting between the two parties would further escalate tensions within Somalia and Ethiopia.

Mahdi, ONLF said on Wednesday, "had a productive meeting with Justice and Welfare Party Chairman Faisal A. Waraabe from Somaliland".

Both parties, it added, 'emphasized the importance of peace and stability which will be the basis for justice and progress to all communities in the Horn of Africa'.

Before meeting ONLF leaders on Thursday, Madobe had held a meeting with the British ambassador to Somalia Ben Fender in a Nairobi Hotel

During the meeting, the two "discussed 2020-21 elections, relations between FGS and FMS as well as government's activities in Gedo".

The former Ras Kamboni Brigade commander has been at loggerheads with Farmajo since August, with the latter refusing to recognize his victory.

Last week, Madobe claimed that FGS is using Ethiopian troops to 'force' him out of power so that he can impose his loyalists ostensibly for 'rigging' of 2020 polls.

While Farmajo has since met opposition FNP over the stalemate, Ethiopian PM Ahmed Abiy is yet to clear the air over series of allegations against his regime.

Jubaland has called for an immediate withdrawal of Ethiopian non-AMISOM troops from Gedo, warning that their stay would 'disintegrate' regional forces and plunge the state into anarchy.