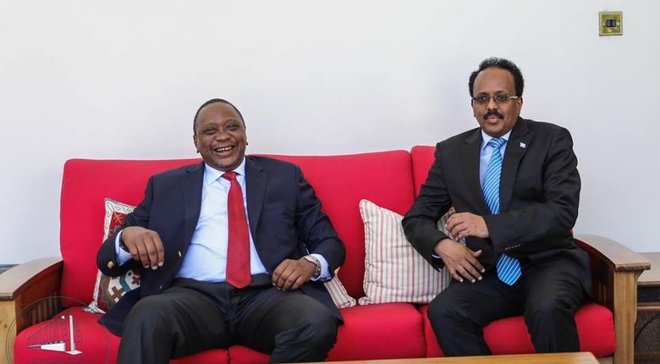 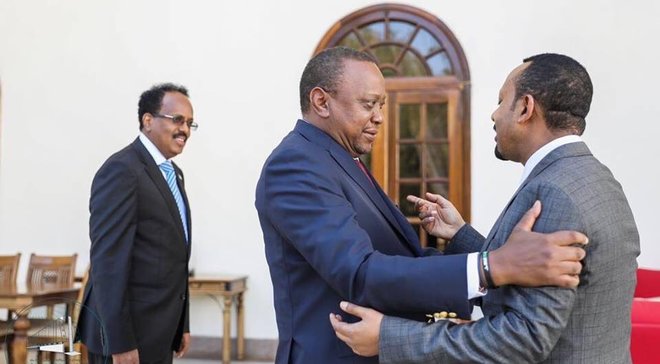 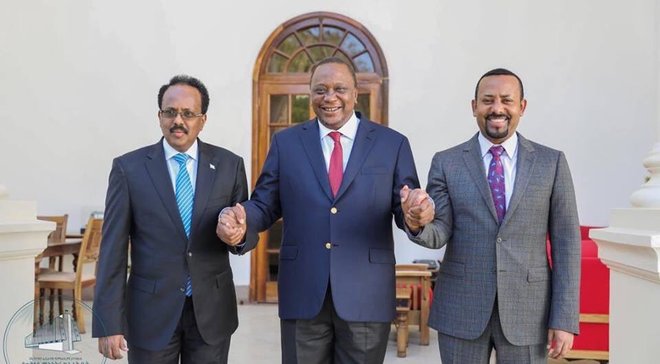 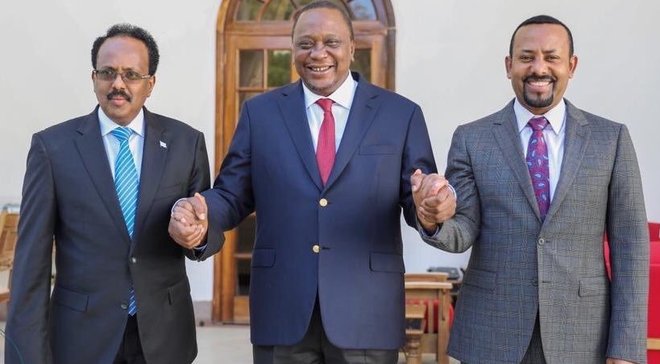 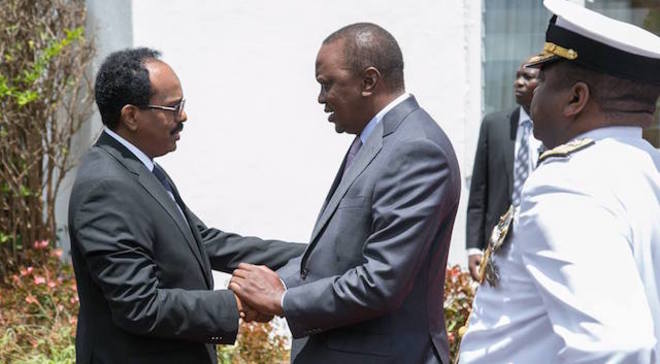 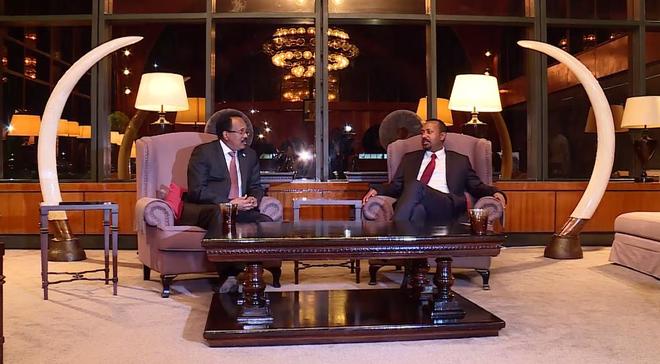 NAIROBI, Kenya - Somalia, and Kenya have agreed on Wednesday to restore diplomatic relations that have been strained and reached its lowest point since last month, Garowe Online reports.

The efforts to normalize bilateral ties and further strengthen cooperation between the two neighbouring Horn of Africa countries came during President Farmajo's historic visit to Nairobi on Wednesday.

Ethiopian Prime Minister Abiy Ahmed helped deescalate tension between Somalia and Kenya following separate meetings with Farmajo and Uhuru in Addis Ababa this week as a mediating role in the dispute.

"Through the leadership of PM Abiy Ahmed, Uhuru Kenyatta and Farmajo met this morning to discuss extensively on the source of the two countries dispute. As an outcome both agreed to work towards peace & to take measures in addressing particular issues that escalated the tensions," said Abiy’s office.

The diplomatic spat emerged last month after Kenya summoned its ambassador to Somalia, in protest of Somalia's decision to auction oil and gas blocks in the disputed maritime boundary in the Indian Ocean.

A source at the office of Somalia president revealed to GO that no concessions have been made in the current sea border row during the talks in Nairobi. Somalia filed a complaint with the ICJ in August 2014.

Besides hosting more than 400,000 of Somali refugees at Dadaab camps, Kenya has troops serving in Somalia as part of the African Union Mission to fight the Al-Qaeda-linked Al-Shabab militants.