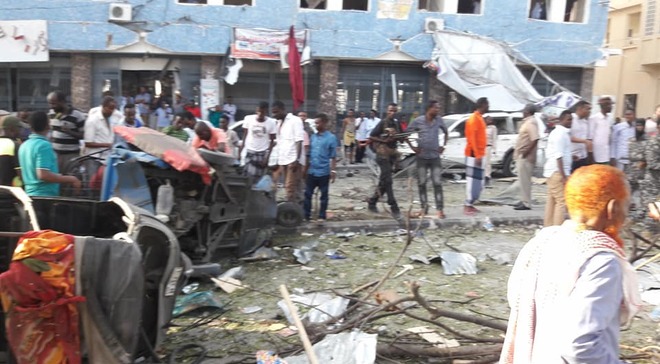 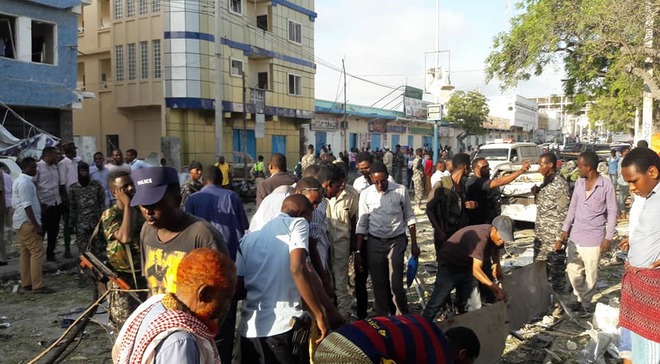 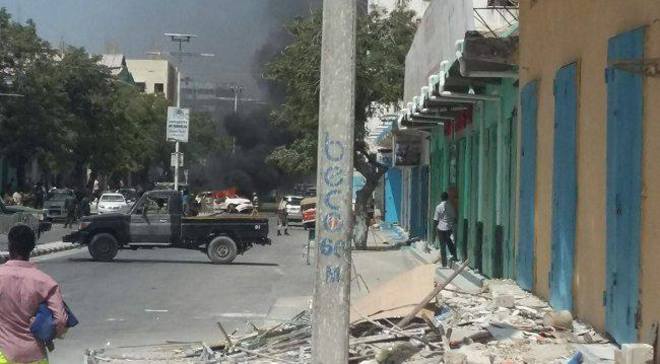 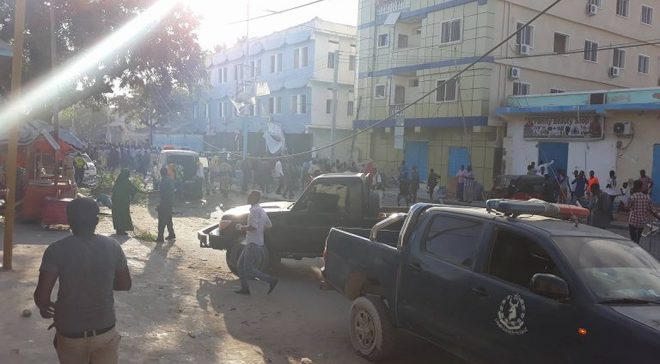 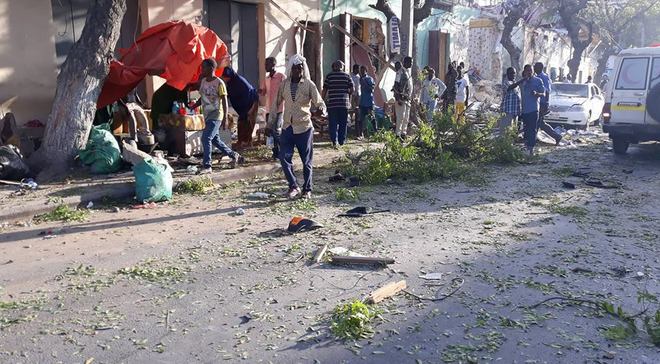 MOGADISHU, Somalia - At least 6 people have been killed and several others wounded in a massive car bomb attack outside a hotel in Somalia's capital, Mogadishu on Thursday afternoon, Garowe Online reports.

Eyewitnesses said a car laden with explosives went off outside Wehliye hotel along the busy Makka Al Mukarama road in the capital which is lined with government offices, hotels, and restaurants.

The death is likely to rise as many of the wounded are in critical condition and taken to the hospitals, according to a Police officer Liban Abdi who spoke to GO by phone from the scene.

The explosion was caused by an explosives-laden vehicle parked outside the hotel which is popular with Somalia's elite, politicians, civil servants, and security personnel.

Most of the casualties were pedestrians and street vendors. Al Shabaab, the Al Qaeda-linked militant group has claimed responsibility for the attack, saying it targeted a meeting in the hotel.

On 23rd February, Al Shabaab carried out twin car bombs and gun attack near the Presidential Palace in the capital, known as Villa Somalia, killing at least 45 people.