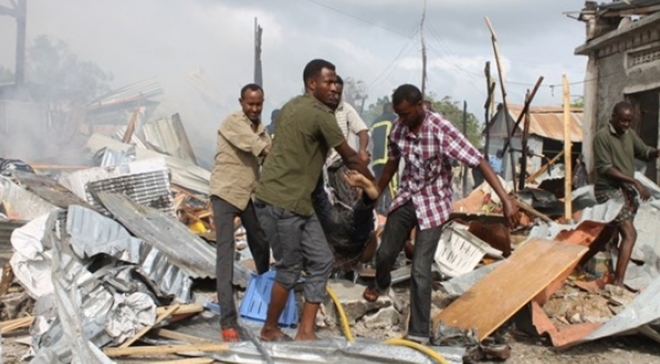 According to  an eyewitness the attack happened after an explosive-laden vehicle has targeted a crowded market in Kawo-Godey area in Wadajir district, sending a large plume of smoke in the air.

Major Ahmed Ibrahim, a Police officer in the scene said those killed in Sunday's market bombing were mostly traders and customers who were at the market at the time of the car bomb explosion.

In the aftermath of the deadly attack, Mogadishu's ambulances have rushed to the scene and transported wounded civilians to different hospitals in Mogadishu for medical treatment.

Police and medics said, the death toll from the car bomb blast at the market is likely to rise because of the high number of seriously injured people currently being treated at the hospitals.

No group has yet claimed responsibility for the market attack, but Al Shabaab group, which is fighting to overthrow the internationally-backed Federal government in Mogadishu, regularly attacks security forces, government officials and civilian targets.