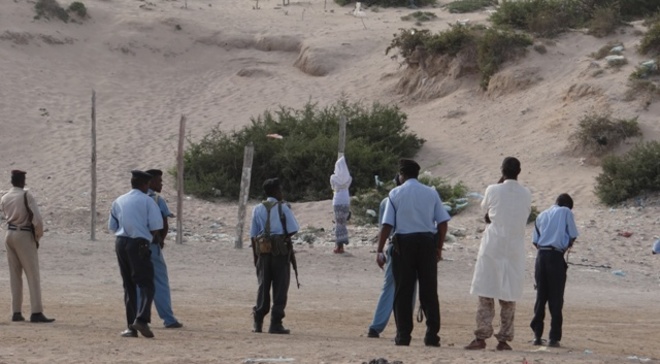 Firing squad carried out the execution in the presence of security forces commanders and family and relatives of Tima Adde.

Two blindfolded killers-Ali Bashir Osman, 22 and Abdullahi Sharif Osman, 25-were tied to a pole on the scene of the shooting as usual.

Late Tima Adde who was working for UK-based Somali Channel, Universal TV was wounded on October 22, 2013 in Mogadishu’s Wadajir district, and succumbed to gunshot wounds to the upper part of his body on October 27.

Somalia was ranked one of the worst places to be a journalist across the globe by press watchdogs.

Human Rights Watch criticized Mogadishu-based military court for handing out sentences that do not comply with international standards of justice.