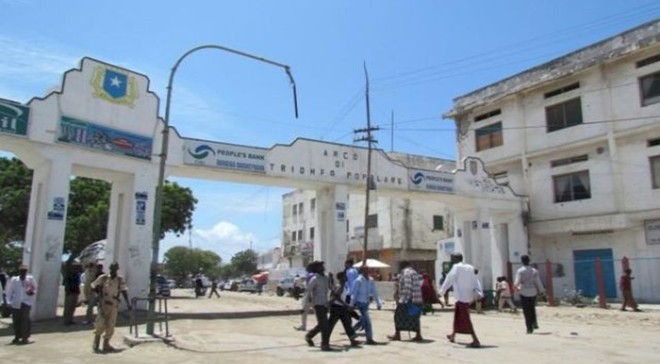 Residents in El-Qalow located near the Airport have reported hearing the sound of explosions believed to be mortar bombing, the latest in string of attacks in Somalia's capital.

Somalia's National Intelligence and Security Agency (NISA) said two attackers have been shot dead by the security forces in the area, and seized a minibus mounted in a mortar gun, along with 2 attackers alive.

"A vehicle used for firing mortars on Mogadishu Airport in Wadajir district went off shortly after it was captured by the Police and no casualties reported, said a resident who spoke to GO over the phone.

Two attacker were killed and two are being held alive during a shootout between security forces and suspected al-Shabaab militants who carried out Sunday's mortar attack, he added.

The mortar rounds struck an area, less than one kilometer north of Mogadishu's international airport.

There were no immediate reports of civilian casualties from the mortar attack. Somali Police blamed militant group al-Shabaab, which is aiming to topple the UN-backed Somalia's Federal government.