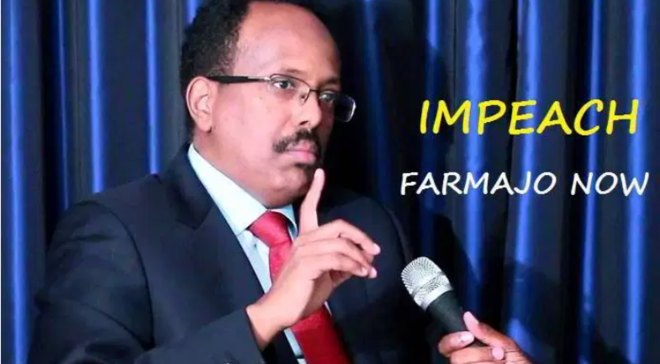 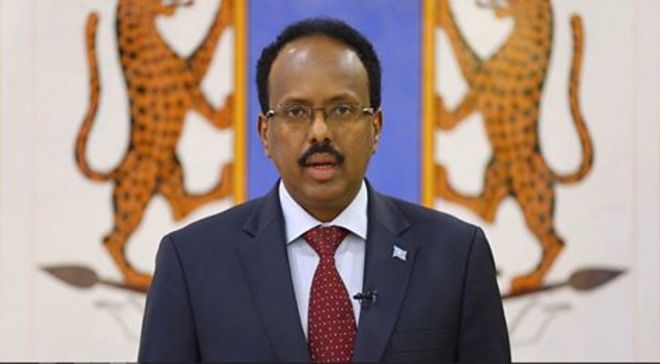 MOGADISHU, Somalia - Lawmakers in Somali have on Sunday submitted an impeachment motion against the sitting President Mohamed Abdullahi Farmajo amid deepening political crisis in the country, Garowe Online reports.

More than 92 members of the House of the People signed the motion against president Farmajo, accusing him of "breaching" the country's provisional constitution and abuse of power.

They said the president has signed secret deals with neighboring countries, Ethiopia and Eritrea in mid this year, without consultations with the national assembly and hidden from the public.

The motion, the first against Farmajo since his election last year was handed over to the speaker of the parliament, Mohamed Mursal Abdirahman and no date has been set for the vote so far.

This comes as Abdirahman, is currently at loggerheads with the top leaders over the way the government is handling Southwest State election and its direct interference in the Lower House.

On Saturday, Dec. 8, the Speaker nullified a recent decision by his deputy Abdiweli Ibrahim Mudey, to disband the parliamentary oversight committee on Finance and called on the government to respect the independence of the legislative branch.

The current government has been facing stiff allegations for meddling in the upcoming regional states elections and backing some candidates in Baidoa city who are running for Southwest state presidency.

The office of the President has not yet commented on the submitted motion.

However, the Speaker is expected to issue directions in the next seating of the parliament on the way forward regarding the debating of the motion.