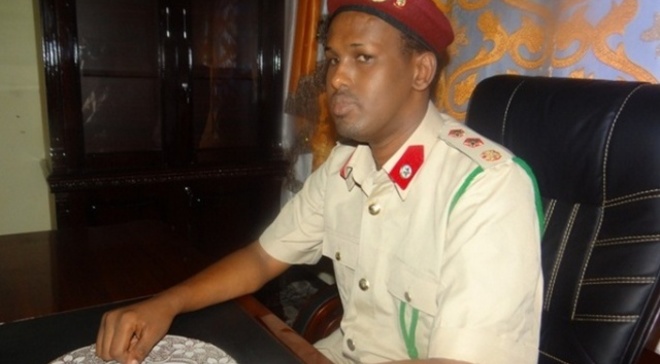 Intelligence Boss-Abdirahman Mohamed Tuuryare- has disclosed on Thursday that they will reward those who cooperate with Intelligence agency and Police on siphoning of Al Shabaab activities.

“All jobless persons should track Al Shabaab activities, particularly football game players must report on Al Shabaab wherever they sight,” said Tuuryare. “Security forces are not on every street but the residents take stroll in and around [Mogadishu]”.

Continuing, he called on the ordinary residents to keep close vigil on terror suspects: “Suspects would be interrogated and you must closely work with intelligence officers and Police”.

Though Al Shabaab militants were flushed out of string of strategic towns, Tuuryare believes intelligence service is now charged with dealing with the remnants firmly.

Parallel military campaigns-The Indian Ocean and Jubaland offensive-continue to gain momentum, with fighters opting for pre-planned pullout ahead of the onslaught.

UN delegation led by Kay is pushing for humanitarian assistance to the areas from where Al Shabaab fighters were removed.