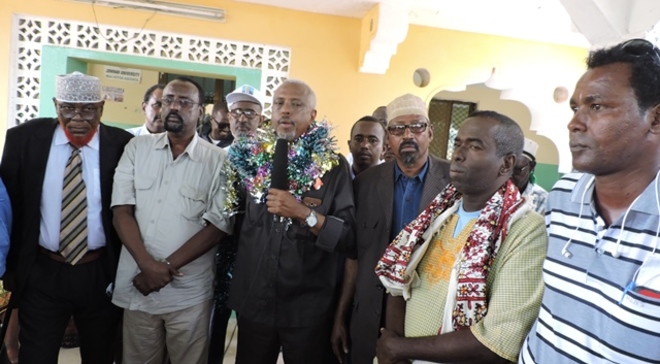 JOWHAR, Somalia- The parliament of Hir-Shabelle state has elected Ali Abdulahi Osoble as the president for the newly formed federal state on Monday, Garowe Online reports.

Over 90 state parliamentarians casted their vote for the presidential candidates contesting in the election. The result saw Osoble receiving a majority 61 vote, which helped him to secure victory in the election.

According to an early report, GO has learnt that Osoble was backed by Somali Federal leaders in the presidential election. However, following the voting result, Osoble was sworn-in to the office by state Parliament Speaker.

Jowhar town, which hosting the state formation process for Hir-Shabelle has wrapped up the controversial and extended process with the election of President and Vice President.