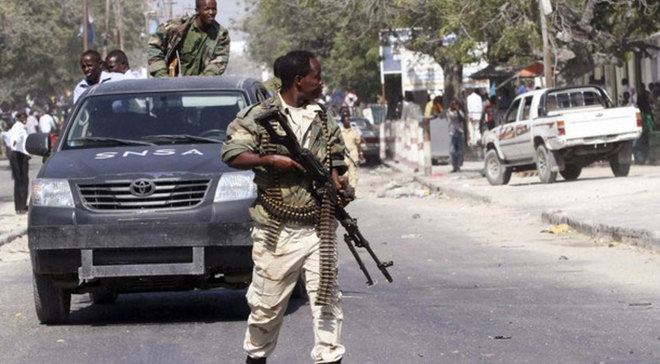 MOGADISHU, Somalia- A group of Intelligence officers engaged in a gunfight with army soldiers in the Somali capital of Mogadishu on Sunday night, Garowe Online reports.

The fierce battle flared up near a military base, housing Danab unit, a UAE-trained special forces around Tarabunka junction in Hodon district.

Local sources say, the clash broke out after NISA officers launched security operation in the areas; subsequently triggering a resistance from Danab forces who confronted NISA.

Somali army and Police officials later intervened in the clash, however, there are no reports of casualties in the incident which took place at around 7 p.m. local time.

The newly appointed chief of National Intelligence and Security Agency (NISA) Abdullahi Mohamed Ali "Sanbalolshe" vowed to begin an operation against the insecurity and the illegal weapons in Mogadishu.