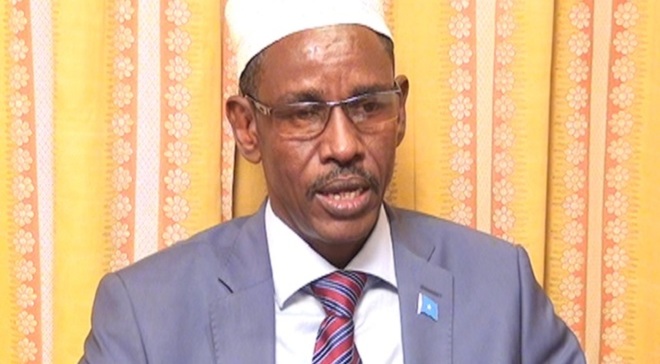 Senator Abdullahi Sheikh Ismail Fartaag has submitted his letter of resignation to the presidential election committee chairman in Mogadishu on Wednesday, saying he left the post over integrity.

Fartaag who was elected as a member in the Somali Senate from Jubbaland region, has been accused of publicly endorsing caretaker President Hassan Sheikh Mohamud, who is seeking to retain his in the forthcoming election..

He participated in an event hosted by Mohamud in Mogadishu, aimed to encourage MPs and Senators support for his presidential campaign.

The presidential election committee (PEC) that was appointed in January by the newly inaugurated Somali Parliament, is tasked to oversee the upcoming ballot to pick a new Somali President which is expected to be held on February 8.