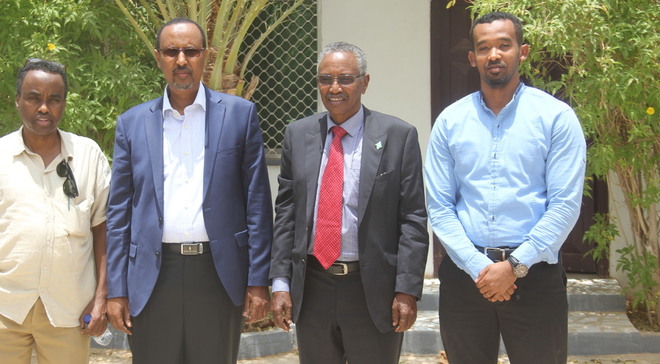 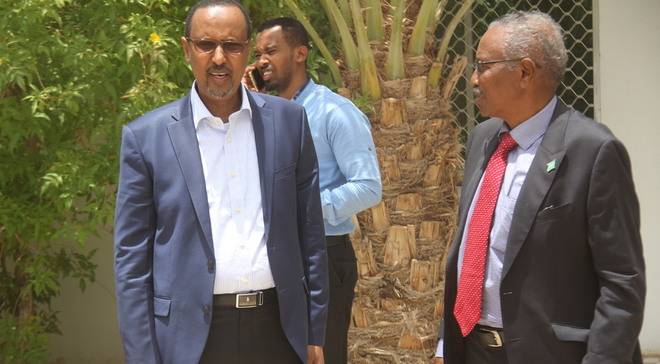 Presidential contenders—Abdirahman Mohamed Farole and Ali Haji Warsame—said in a joint press statement that Somali President Hassan Sheikh Mohamud and the government unilaterally amassed themselves with “illegitimate executive power”, referring to a communique issued by Somali political leaders on Tuesday.

“[Communique] contains illegitimate self-extension for the executive power, being a conflict of interest, creating unfair opportunities to the current office holders - the President, Prime Minister and some regional leaders who are either candidates or supporters of FG leaders in the upcoming presidential election,” read the joint statement.

Citing articles in the Provisional Federal Constitution (PFC), they added that President Mohamud’s tenure in office will come to an end on September 10, 2016, meaning Parliament Speaker, Mohamed Sheikh Osman Jawari, should constitutionally assume presidency for 30 days.

“Had the National Leadership Forum acted in line with the previous Election Timetable, we would not have had a problem of constitutional crisis which will inevitably come to the surface on 10th of September 2016.”

They insisted that the new timetable in inconsistent with the provisional federal charter, and warned of executive authority abuse.

Moreover, Farole and Warsame slammed the manipulation of schedule for political opportunism.

Continuing, the statement read: “It is obviously clear in this communique that this timetable gives an absolute and unequivocal election leverage to the current executive at the detrimental of the other Presidential hopefuls. This is, while illegitimately sitting in the offices, the office holders will use the national resources, security apparatus and political influence for their own campaign.”

Somali Presidential candidates called for United Nations to be a bar to the looming constitutional crisis in accordance to UN Security Council Resolution: “We appeal to the office of the United Nations Assistance Mission to Somalia (UNSOM) and the larger international community to act immediately and put the process on the right path in line with the UNSC Resolution 2275/2016 of March 2016.”

UN Security Council at the time underlined that there would be no extension of electoral process timelines for executive and legislative branch.

President Mohamud who is seeking re-election hosted Somali political leaders for near a week-long forum in Mogadishu.

Poll budget has so far been a sticking point in talks between Somali political leaders and international community as Somalia wants costs fully covered by international partners.