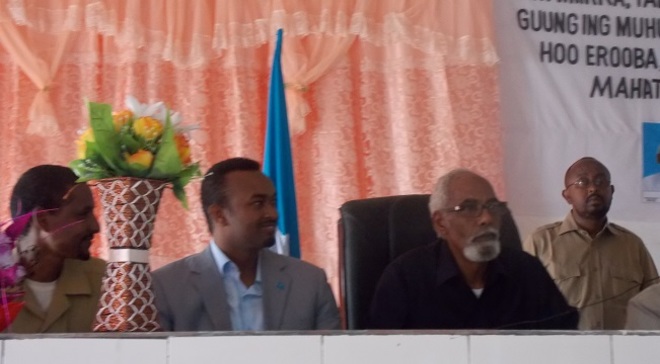 Speaking at a well organized event in Bay regional capital of Baidoa, Speaker jawari said the conference will kick off in Baidoa on Sunday next week in the presence of politicians, clan elders and key representatives of Bay, Bakool and Lower Shabelle regions.

“On Sunday [On 14th of September], Somali government officials will launch a reconciliation conference here in Baidoa to put an end to prevailing differences among the inhabitants of southwestern regions,” noted Jawari. “The chief aim of reconciliation gathering is to let political and community leaders forgive each other and reach consensus on standing dispute”.

Concluding, Parliament Speaker urged the local communities to safeguard both public and regional interests and work for the common good.

Wave of delegations have been flocking into Baidoa for last the few months  as the political dispute over three-region state formation continues to heat up.