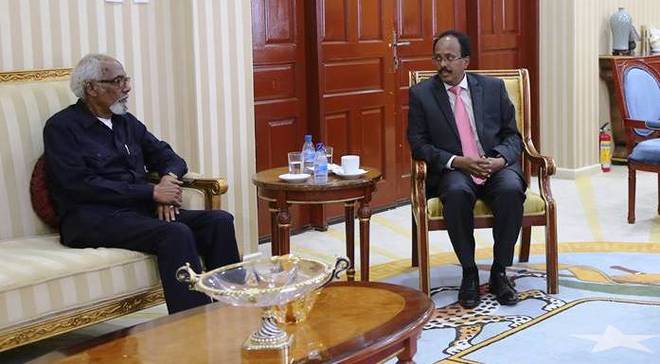 There was no official confirmation yet from the speaker, but, the first deputy speaker Abdiweli Ibrahim Mudey has announced the resignation at the house of the people through a written letter said to be from the office of Jawari.

This came ahead of the parliament's third attempt to hold the session on Morning to vote on an impeachment motion to unseat the long-serving speaker, who was re-elected in 2017 for second-term in the office.

The move which is seen as an end to a month-long political tension pitting the speaker and the Executive followed talks between the speaker and President Mohamed Abdullahi Farmajo in the past 24 hours.

GO has learned that during the final meeting with President late last night, Jawari has agreed to quit and address the Parliament next Wednesday, where he will officially announce his resignation.

The MPs of the members of the Somali parliament split into two camps after the motion against Jawari has emerged early last month, less than two weeks after the opening of the house's third session.

More than 100 of lawmakers, including a number of ministers and deputy ministers have tabled the motion aimed at ousting the speaker, accusing him of being an impediment in the constitutional review process and abusing power and of suppressing MPs in Parliament.

The embattled speaker has blamed the country's Prime Minister Hassan Ali Khaire for plotting the impeachment motion and rejected last week calls to resign as the tussle widens and Senate efforts for meditation ended with no progress.

Government Ministers, including Constitution Minister Abdirahman Hosh Jibril and the Minister of Agriculture Said Hussein, have welcomed Jawari's resignation, describing it 'end-of-game and a relief.'