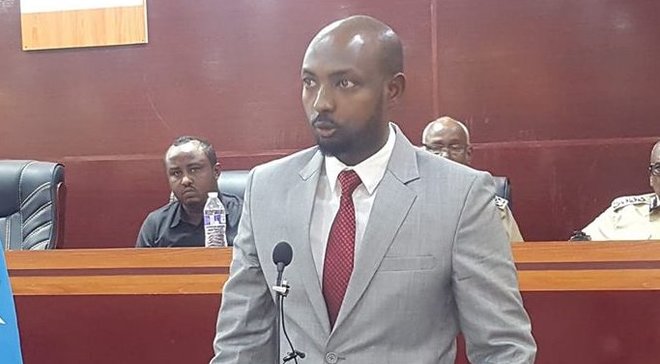 Speaking in Mogadishu, Ahmed said authorities will leave no stone unturned in the government’s push for barring citizens from looking for justice in the mobile courts run by the Al-Qaeda-linked extremists.

He added that three people have been arrested and are currently in custody on suspicion of secretly traveling to Al-Shabaab stronghold after losing their cases over disputes over land ownership in Mogadishu court.

"Those seeking justice from Al-Shabaab are the ones who lost their court cases in Mogadishu and had documents proved to be counterfeit. We will never accept this to continue anymore," he added.

The Islamic group operates portable sharia courts in the areas under its control, mainly in the south and central Somalia that deliver cases swiftly and this has made abandon the Somali government courts.

Somalia's judicial system is still yet to take shape and riddled with corruption, bribery, and nepotism, but, the current president, Mohamed Abdullahi Farmajo pledged a reform as his country is facing a political crisis.

Last week, several MPs in the House of the People termed the appointment of the Supreme Court chairman, Bashe Yusuf Ahmed as "unconstitutional" and called on the president to abide by the law.

Ahmed, who hails from the northern breakaway region of Somaliland was appointed the chief justice in last by the president, replacing Ibrahim Idle Suleiman who served as chief justice for barely two years.

Legal experts said this is a big blow to Farmajo's plan for judicial reform since locals opted for Al-Shabaab courts due to the absence of a fully functioning judiciary.