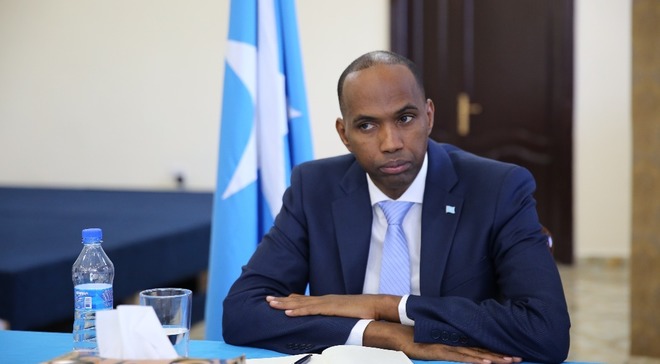 The premier announced the appointment through a statement released from his office on Monday.

The replacement comes a day after Gesey stepped down from the position, citing the government's interference in the domestic affairs of Southwest State and the arrest of candidate Mukhtar Robow.

The new minister has in the past served as the governor of Bay region.

Gesey, who is former a journalist turned a politician has been in office since last August. He will continue to serve as a member of the House of the People in Federal Parliament elected from Southwest state.

He was detained by Ethiopian troops and immediately flown to Mogadishu, where he is currently held at an undisclosed prison run by the National Intelligence and Security Agency, known as [NISA].

Somali government accused Robow of mobilizing armed forces to threaten the security of Baidoa, an accusation dismissed by members in Somali parliament and Southwest traditional elders as "baseless".

Robow who defected to the government last year was hoping to run for the highest office in his native region, but, he has been rejected to pursue his dreams of becoming a president by Villa Somalia.