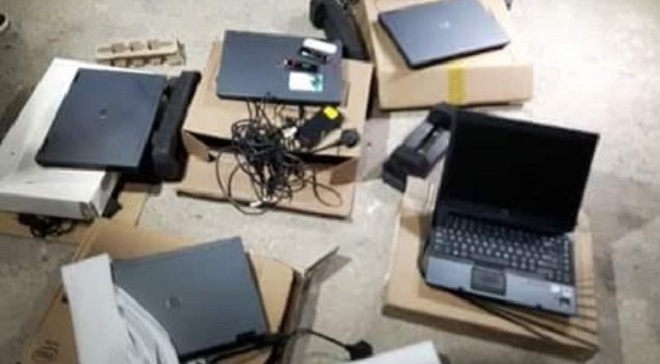 MOGADISHU, Somalia-Somali security forces in Mogadishu have recovered a huge amount of explosive materials to be used for a foiled terror bid overnight on Saturday, Garowe Online reports.

“You can see what is lying before you tonight. At every moment, terrorist groups want to harm our country and people.We ask Somali people to provide us with every tip possible,” the security official said at a press briefing in Mogadishu.

A list of militants who wanted to execute criminal operations is also now in the hands of security agencies.

Security forces have foiled a series of terror bids in the last few weeks in southern Somalia.