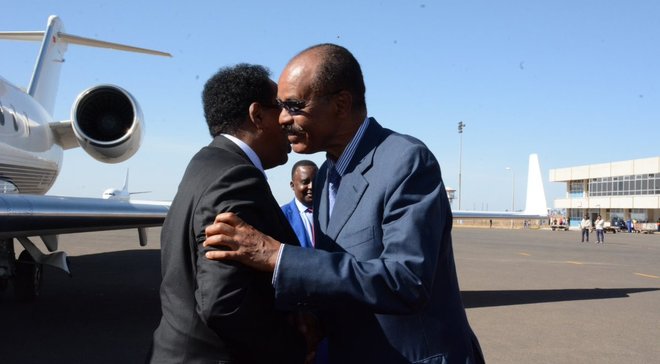 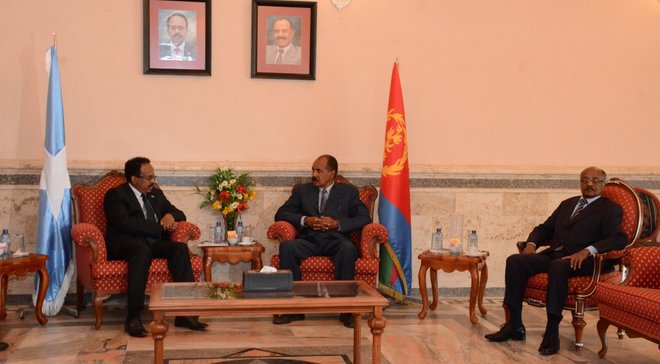 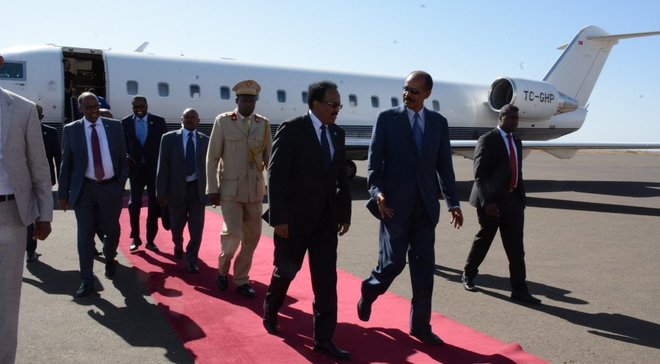 ASMARA, Eritrea - The president of the Federal Government of Somalia, Mohamed Abdullahi Farmajo on Wednesday arrived in Asmara, Eritrea's capital, his second visit to the Horn of Africa nation since last year, Garowe Online reports.

The Minister of Information of Eritrea, Yemane Meskel said president Farmajo accompanied by Minister of Education and other senior officials was accorded warm welcome by President Isaias Afwerki on arrival at Asmara International Airport.

Farmajo travelled to Asmara for the first time in July, where he and President Isaias agreed to establish diplomatic relations, exchange ambassadors, and promote bilateral trade.

On Tuesday, Somali president on Tuesday joined African leaders for summit talks on the upheavals in Sudan and Libya in Cairo which was hosted by Egypt's President Abdel Fattah al-Sisi who warned against "a slide into chaos".

The leaders of South Africa and Somalia, among the first to arrive, held separate meetings with the Egyptian president before the first summit on Sudan.