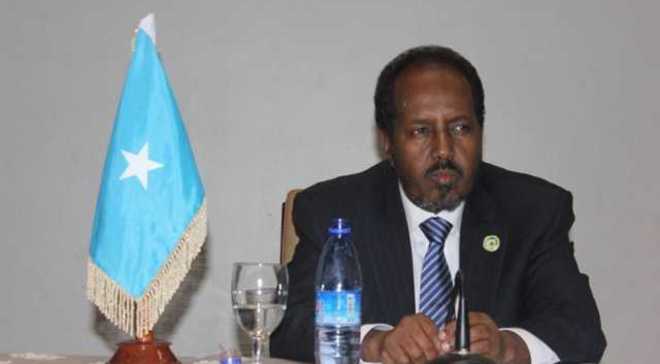 The decision is said to be under pondering as western donors and members of International Community say they are disappointed that the 275-seat-chamber of national assembly failed to pass 2016 electoral transition. Mohamud is in clockwork talks with his Prime Minister, Parliament Speaker and regional presidents at Villa Somalia.

Presidency sources tell GO that a parliamentary session has once more been postponed on Saturday for concerns over the future of Somalia Election Blueprint should parliament decline to vote in favor.

197 MPs, a greater majority compared to those who attended recent sessions have trooped into parliament house, overshadowing intense political discussions in Mogadishu with possible relapse into politics of chaos.

Mohamud is seeking support from regional presidents for controversial scheme to include members representing Banadir region in the Upper House.  Somali President will decree National Election Proposal (NEP) if parliament repeals it tomorrow, meaning lawmakers would be disbanded as soon as possible.

On Thursday, a protest not seen as “spontaneous” was staged in Mogadishu, with rally participants demanding seats in the Upper House.

Critics say, President Mohamud orchestrated the demonstration on the eve of a visit by diplomats from United Nations Security Council (UNSC)’s 15-member States.