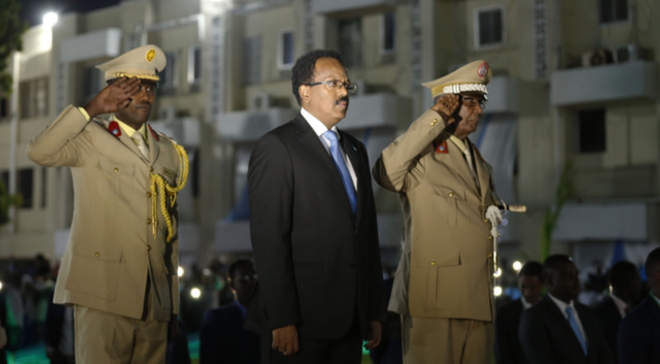 In a statement, seen by Garowe Online the office of the president said legal experts, nationalities and citizenship authorities from Somalia and US worked in the process to give-up the citizenship by Farmajo.

The president took the decision despite the Somali provisional Constitution allowing for dual citizenship.

“The president has lived, studied and worked in the United States for many years and became the Prime Minister of the Federal Republic of Somalia in 2010,” read the statement in part.

Sources say the move came as Farmajo gears up to a visit to New York next month to attend the upcoming UN General Assembly, his first visit to the US as Head of State.

Farmajo was elected as 9th president of Somalia in February 2017. The 57-year-old politician secured the position after winning two—thirds of the parliamentary votes in an election held in the capital.

He has succeeded Hassan Sheikh Mohamud in this top post and his four-year term in the office is expected to expire next year. Somalia is preparing to hold first one person and one vote election in 2020/2021.

A large number of the Federal MPs and ministers in the current Somali government, including Prime Minister Hassan Ali Khaire have dual citizenship, an issue that has been a major debate in the Somali political discourse.