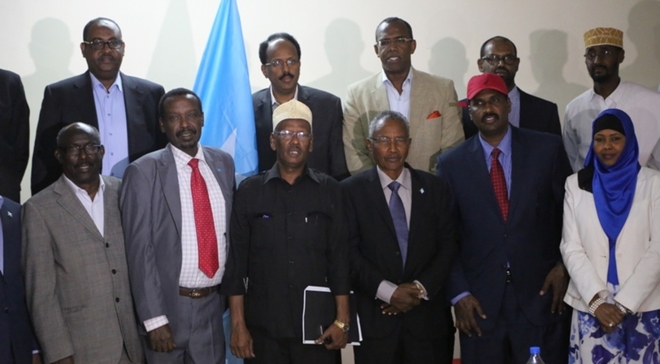 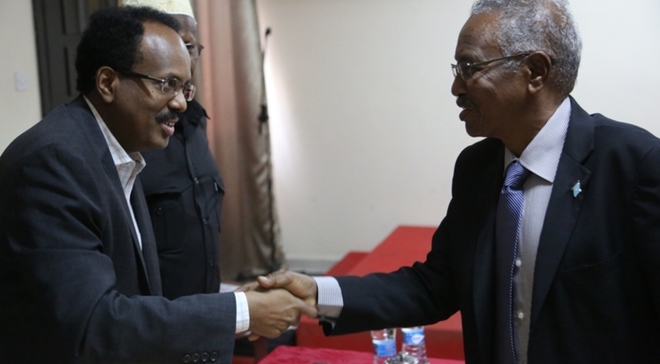 MOGADISHU, Somalia- Presidential hopefuls held meeting on Thursday in Mogadishu, and released a joint statement highlighting the issues needed to be addressed by the Federal Parliament ahead of the upcoming election in February, Garowe Online reports.

However, the opposition candidates called to tighten security measures in the capital by establishing security committee and joint forces that will secure the election venue during the presidential polling.

They also stressed on the need to ensure credible election, and issue guidelines and rules that will thwart cases of malpractices in the election.

The candidates called to safeguard the unity and sovereignty of the country, and limit external influence but maintain relations with countries in a manner that conform to the international standards.

They urged all candidates to respect the slated election date and called to protect the confidentiality of the votes casting by members of Federal Parliament during the ballot.

They encouraged allowing national and independent media to freely cover the election process and debate sessions among presidential candidates.

The joint statement comes amid ongoing political campaign of candidates in the capital, whereas majority of opposition candidates have expressed concern towards potential resource abuse and vote rigging by office holders who are vying to win the top office in the forthcoming election in February 8.