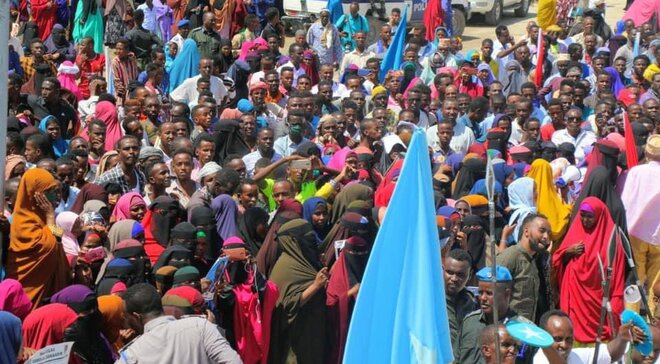 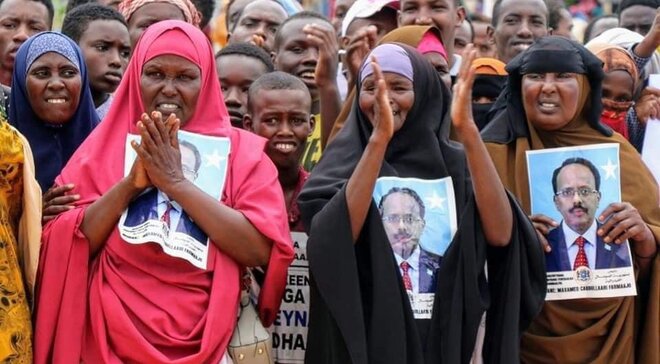 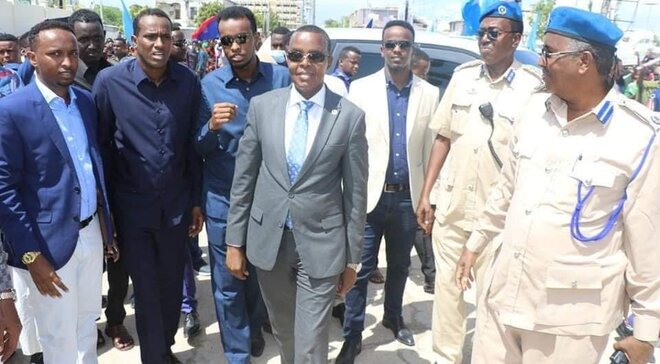 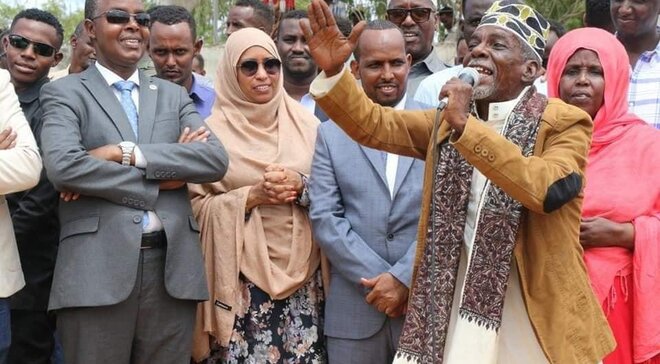 MOGADISHU, Somalia - Protests engulfed most parts of Somalia capital, Mogadishu on Sunday just hours after President Farmajo addressed a joint sitting of Senate and Lower House at Villa Hargeisa, where among others, he promised to ensure elections are held in time.

Interestingly, the protests involved those in support and those against the president, something that gives an indication of a looming showdown between the two groups, with just over six months before the country goes to elections.

Those supporting the president matched in streets asking Somalis to give him "unconditional" support, citing progressive projects he had undertaken in the last four years as the head of state and federal government of Somalia.

Farmajo, protestors argued, deserves another term to "complete" his projects for the "benefit" of Somalis. The demonstrations were largely non-violent with those participating in the Sunday match also asking international partners to continue supporting the country.

But another group of demonstrators accused Farmajo of plans to "extend" his term by sabotaging efforts to have a dialogue between FGS and federal states, which has been in the offing for several months now.

Without showcasing allegiance to any particular group, the demonstrators called for an urgent dialogue between both parties, arguing that the delay could plunge the country into unprecedented chaos should an amicable agreement fail to materialize.

They also blamed Mogadishu administration for corruption and inefficiency, arguing that the administration had "spectacularly" failed to protect Somalis from armed groups such as Al-Shabaab and tribal militia.

In a press conference after the two demonstrations, Sadik Aden, the spokesperson of Somali police, said that security forces arrested a would-be suicide bomber but did not reveal the identity.

The number, he added, had planned to detonate explosives at the pro-government protestors in Mogadishu. It's not clear who the bomber was acting for but the Al-Shabaab militants have previously targeted large gatherings of people during their attacks.

"We managed to arrest a person with explosives, and he was targeting those in streets," he said. "He's currently being grilled as we try to establish who he was acting for. This would have been a serious tragedy."

At parliament on Saturday, Farmajo hinted shift of electoral model, arguing that the country will embrace the one-person-one-vote system which is popularly known as universal suffrage elsewhere.

“It’s clear that the elections we are planning to hold are different from the previous elections which took place in the country,” said Farmajo in reference to the one-person-one-vote model, which is being fronted by several international partners.

"I urge the Somali people to come out and vote freely and to vote for the party they want to overcome the deadly diseases such as tribalism, poverty, and terrorism,” added Farmaajo, who is facing fierce competition from two of his predecessors.

He hailed MPs for passing the electoral bill which he assented into law early this year despite protests from the opposition and federal states. The law is set for amendments by the house within the next three weeks.

“You have passed the elections bill which I have even assented to and I can assure you that this country will no longer hold elections based on clans or bloodshed,” Farmajo said. “We are heading to an election where every citizen will be able to vote and elect their favorite candidate and political party.”

Among others, MPs are set to agree on the electoral model, delimitation of constituencies, the fulfilment of 30 percent quota for women representation, and settling on the number of representatives from both Banadir and Somaliland regions in parliament.