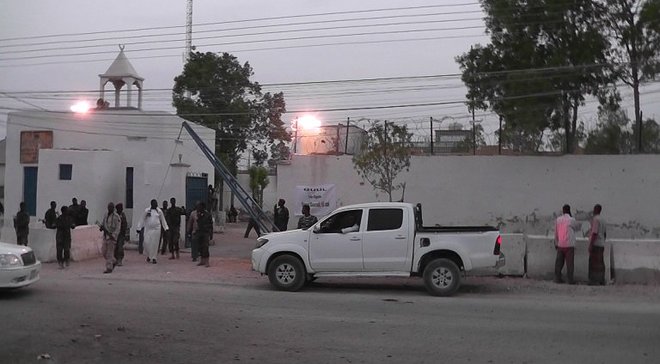 The explosion which occurred outside Bosaso municipal court on May 11, 2019, injured dozens of civilians. The ISIL-affiliated group in Somalia claimed responsibility for the attack on May 12, 2019.

“Puntland President Said Abdullahi Deni calls up the executive and legislative houses of the Somali Government to launch an official and throughout probe into serious allegations,” said the statement.

In an audio recording obtained by The New York Times of a cell-phone call with the Qatari ambassador to Somalia, Khalifa Kayed Al Muhanadi, a businessman close to the emir of Qatar said the militants had carried out the bombing in Bosaso to advance Qatar’s interests by trying to driving out UAE.

In addition, Puntland said it fully cooperates in the investigation process and will soon release details of investigation into recent terrorist activity in Bosaso, including the assassination of P&O ports managers.

Qatar's government refuted the NYT' report on Tuesday and noted it was not given the audio recording by the newspaper after requesting it. Somali Government said it is satisfied with Doha statement.

Paul Anthony Formosa, Maltese national who was the construction project manager for P&O Ports, was killed by gunmen disguised as fishermen as he was heading to the port near Bosaso port on 4th February.

In recent years, Puntland forces have been battling against Al-Shabab and ISIL branch in Bari region after series of killings of top government officials, businessmen, and civilians in and around Bosaso port city.

The terrorist attacks in the region posed a threat to the stability and development in Puntland, compelling the government to divert much of its resources in hand to the security and the counterterrorism.

Two years ago, June 5, 2017, the UAE, Saudi Arabia, Egypt, and other allied Gulf states cut off commercial and diplomatic ties with Qatar for its support of militant groups in the region.