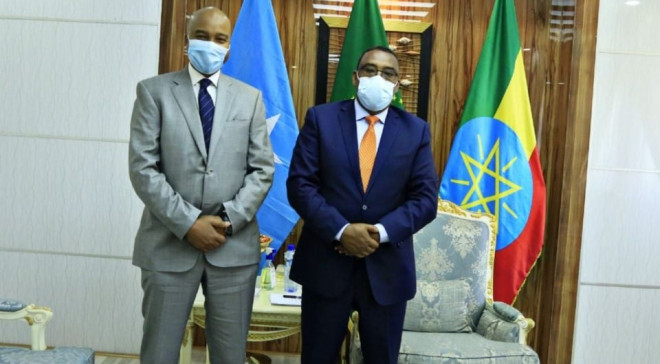 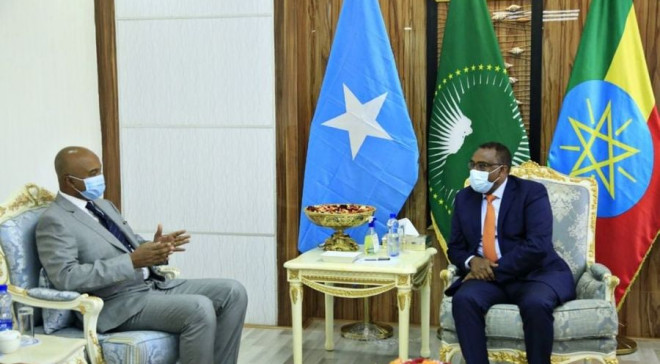 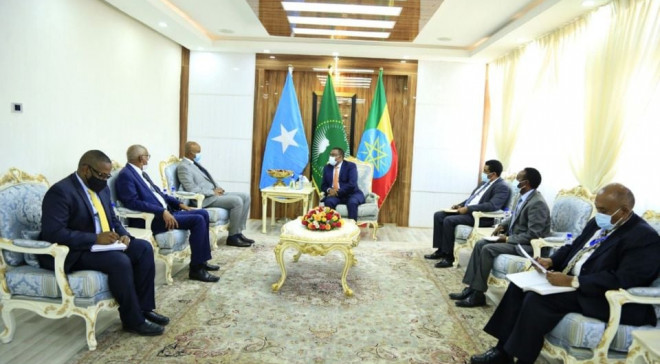 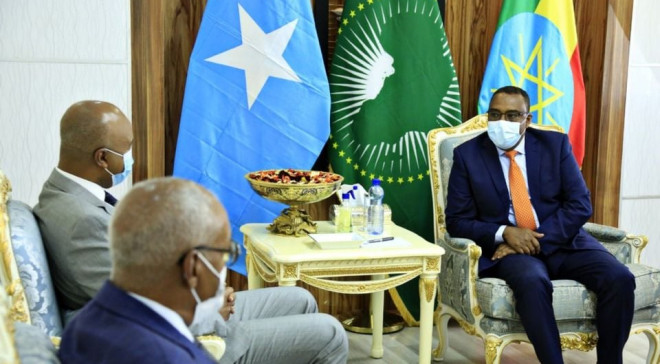 According to reports, the two ministers discussed how to strengthen relations between Ethiopia and Somalia, besides finding common grounds on various issues that need urgent solutions within the restless Horn of Africa region, which is almost home to conflicts.

The meeting took place in Addis Ababa, just days after Somali President Mohamed Abdullahi Farmajo held a meeting with an Ethiopian delegation in Mogadishu, which included the country's Chief of Defense Forces, who is directly responsible for stability in the Horn of Africa.

Details of the meeting in Addis Ababa remain scanty but given their dockets, matters international relations might have featured, including but not limited to the recent accusations that Somalia might have allowed her troops to fight along with Ethiopian troops in the Tigray region.

A former Somali intelligence official, while citing impeccable sources within the Ethiopia National Defense Forces, said a number of Somalia soldiers, mostly those training in Eritrea, had been sneaked to Tigray region where ENDF had launched an operation against the Tigray People's Liberation Front [TPLF] last year.

The conflict, he noted, had allegedly leftover 300 soldiers dead, a claim which Ethiopia and Somalia have disputed. Back at home, families of the missing young soldiers have put the government under pressure to account for the young soldiers whose whereabouts still remain a mystery.

Early this week, Somalia admitted dispatching soldiers to Eritrea for training but denied reports that they had crossed over the border. The US recently ordered Eritrea to withdraw troops from the Tigray region, arguing that it had "credible" reports that the troops were engaged in unscrupulous activities within the country.