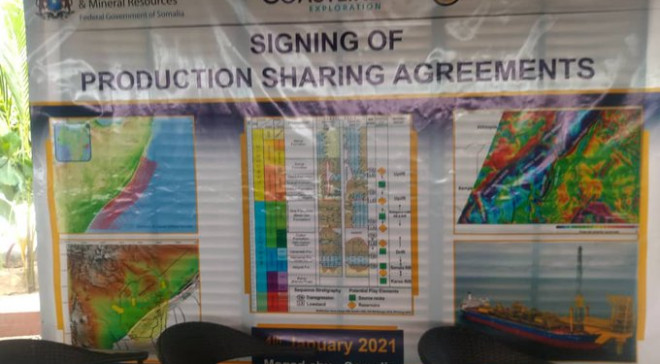 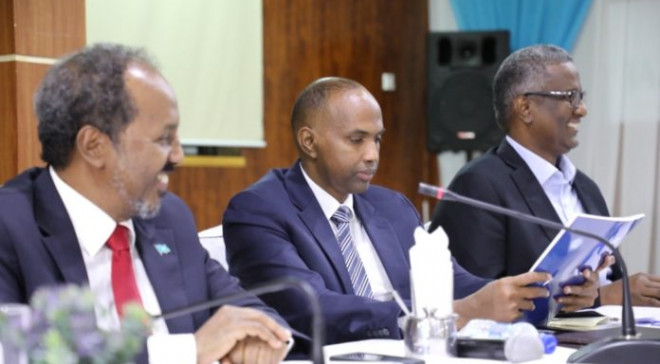 MOGADISHU, Somalia - The government of Somalia has yet again come under immense pressure following the latest claims that it is signing secret deals with foreign companies on the exploration and drilling of oil in the country, which has been a controversial issue in as many years.

Even before the latest jibe from the opposition, the joint presidential candidates for the upcoming Somalia elections had warned foreign companies against "entering non-binding deals" with the government, adding that "you will be forced to take responsibility".

And in the latest two-page memo, the opposition warned of ‘immense danger' as the term-ending Somalia government plans to sign a secret petroleum exploration and drilling agreement with two foreign companies in a dark room this week, without following the laid down procedures.

Without disclosing the names of the companies, the opposition wondered by most of the deals were being signed without following the law, besides noting that most of the contracts were being given at the time when the country is planning to go for an election.

The candidates claimed that Farmajo could be raising money for campaigns, adding that there could be a possibility of massive corruption from the deals signed in darkness. They urged PM Roble to come out clean and state the true position of the government on the allegations.

But until now, the government, which has been determined to go on with elections despite pressure from the opposition for the total overhaul of the committee, has not yet issued a rejoinder on the claims, which could raise serious audit queries or even implicate both the office of the Attorney General and Auditor General.

On Monday, a meeting took place at the DSF section in Halane Complex in Mogadishu between Somali Ministers, including Finance and Petroleum, and representatives of Coastline Exploration Inc & Liberty Petroleum Corporation, where a deal was inked.

Later on, the grand signing of the production sharing agreement went on as planned. The Lower House passed the controversial Petroleum Bill last year which was quickly assented to by President Farmajo amid protests from some Federal states and the opposition.

Last year, the Somali government said it will officially announce the winners of the first oil and gas licensing round in early 2021, offering seven deepwater offshore blocks.