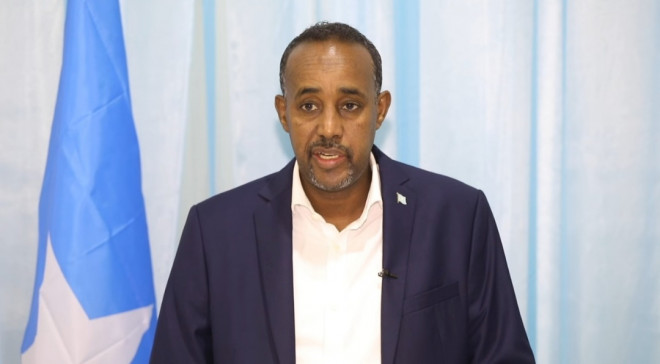 MOGADISHU, Somalia - The Prime Minister of Somalia Mohamed Hussein has sacked seven members of the Dispute Resolution Committee amid ongoing electoral chaos in the country, which has struggled to hold polls.

The committee had distanced itself from the accusations of bias, amid pressure from the opposition, which has been calling for a credible election.

The international community has been calling for expedited elections in the country after frequent delays that posed a threat to security and state-building efforts.

Among those sacked are the committee's chair Hussein Mohamed Mohamud and a team of six members following a meeting between PM Roble, the opposition group, CPC, and Federal Member State presidents. The opposition accuses Farmaajo of hijacking the electoral process.

After sacking the members, the PM immediately replaced the members, to facilitate a smooth transition amid the electoral crisis. On Friday, the PM held a meeting with presidential candidates over the electoral standoff who demanded the dissolution of the team.

Early this week, the Dispute Resolution Committee cleared the Lower House seat won by Yasin Farey, the acting NISA Director, whose election in Galmudug was a subject of a dispute. The sacking of the members comes shortly after they issued a statement rejecting claims of favoritism.

Also reinstated was Deputy Prime Minister Mahdi Gulaid, who was elected as MP for Somaliland. The DPM has been at loggerheads with the outgoing Senate Speaker Abdi Hashi over the control of Somaliland.