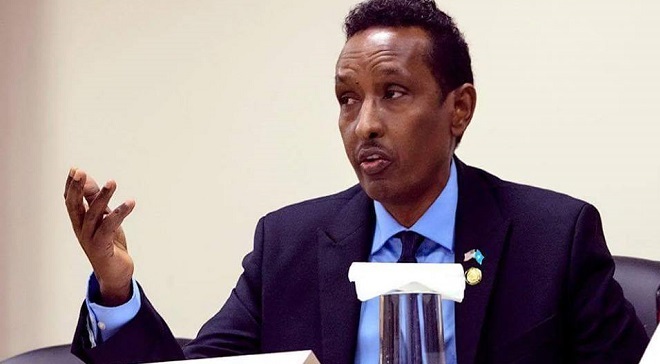 MOGADISHU, Somalia - An Arab League member country has offered to mediate in an escalating feud between the Federal Government of Somalia and the United Arab Emirates [UAE], Garowe Online reports.

When asked about which country made the offer, Awad did not deny Saudi Arabia is seeking to mediate the two countries and will host a meeting in Riyad to discuss on ways to fix the strained relations over Berbera Port deal.

The Minister added that Somalia has submitted a complaint against UAE to the Arab league after Dubai-owned DP World has signed a tripartite agreement with the northern breakaway region of Somaliland to lease Berbera Port.

DP World signed a $442 million agreement with the Government of Somaliland in 2016 to develop and operate a regional trade and logistics hub at the Port of Berbera through which Ethiopia will hold a share of 19% of the stake.

Answering a question on why the Federal Government has not summoned the UAE ambassador to Somalia over the Berbera port deal issue, Awad has replied: "The envoy is currently out of the country."

Awad was a member of large delegation accompanied Somali PM Hassan Ali Khaire on his visit to the UAE last month which came following an invitation from Abu Dhabi.

Somali President Mohamed Abdullahi Farmajo held meeting with UAE's Ambassador in Mogadishu on February 2, 2018, in which they discussed a range of issues related to the bilateral relations between the two countries.