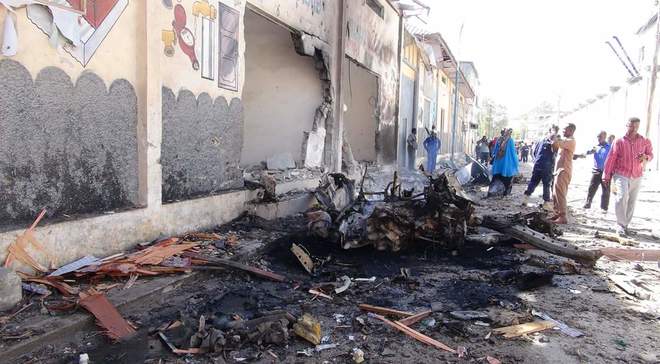 Speaking to state media, Abdirahman Omar osman Yarisow, the Minister of Information said troops seized the vehicle laden with explosive devices and detonated it after a tip-off from the local residents.

Yarisow added that two suspects thought to be al-Shabaab bombers were detained while driving the car and were taken to the custody to be interrogated over the attempted attack in the capital.

"The security forces had been chasing the car-laden with explosives which was on the run before it was seized and successfully detonated in Mogadishu. The blast did not cause any casualties," he added.

The car bomb exploded when it was stopped at a security checkpoint near the National theater, which lies near the country's heavily guarded Presidential Palace in Mogadishu's Hamarweyne district at around 3:00 am local time, according to Ali Abdi, a Police Officer.

No group claimed responsibility for the foiled attack, however, the militant group al-Shabaab has in past few months carried out bombings in the capital, aimed to topple the UN-backed Federal government.

Monday's explosion happened in Mogadishu, as the country was celebrating the 74th anniversary of the foundation of Somali Youth League (SYL), that led Somalia to full Independence from the Italian colony.