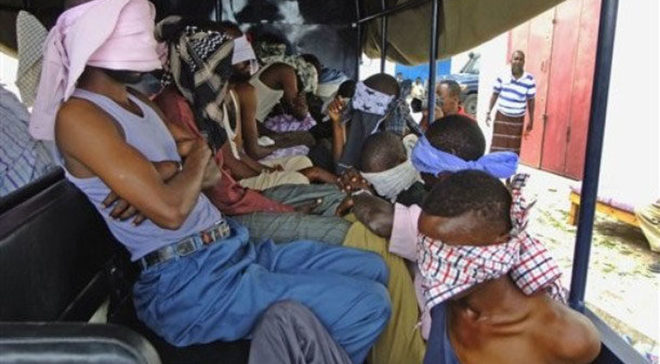 MOGADISHU, Somalia - Somali Security forces in Mogadishu have on Thursday detained suspects in connection with the assassination of Galgaduud governor, Mohamed Sheikh Elmi and his brother, Garowe Online reports.

Yaqshiid District , Ahmed Hassan, told local Media that the security forces of the Federal government of Somalia managed to nab the suspects linked to the governor's killing during an operation.

"The Somali Security forces have successfully arrested assailants whom, we believe have shot dead the governor and his brother, and they are currently under investigation," Hassan said

Continuing, he added that there are other individuals linked to the Al Qaida-affiliated Al Shabaab group had been rounded up in a similar operation in Mogadishu, on suspicion of the being involved in the murder.

The governor of central Galgaduud region, Mohamed Sheikh Elmi and his brother Hassan Sheikh and were shot dead in Mogadishu's Yaaqshid district, August 4th, 2017, while travelling to their father's house.

The Al shabaab suspects nabbed in Mogadishu operations, whose number has not been announced were transferred to the Somali security agencies for further investigations, according to Hassan.