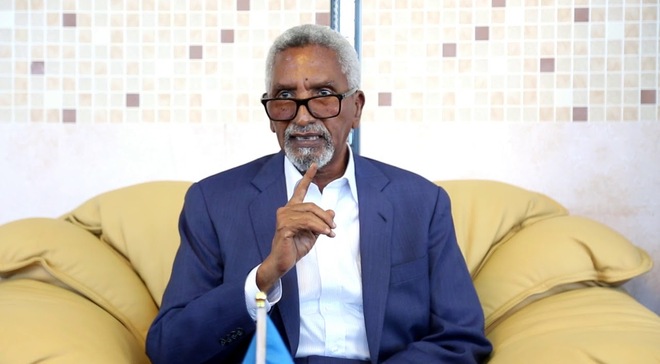 MOGADISHU, Somalia - The battle for divisive electoral debate in Somalia has seemingly shifted to the Senate, with the Upper House now accusing President Farmajo of dishonesty in the entire electoral process, which has attracted retribution from international players, who are keen for a consensus before the upcoming elections.

On Sunday, Speaker Abdi Hashi accused President Mohamed Abdullahi Farmajo of "astonishing violation" of the constitution, arguing that he only works closely with the Lower House instead of embracing consensus building, something which has disoriented the government's operations and plans to hold elections.

According to him, the president had disregarded the fact that the Senate represents interests of Federal Member States which are critical in pushing for stability in the country. He insisted that electoral laws that had been passed by the Lower House were "illegal" since Senate was not given an opportunity to handle them.

The two Houses of Parliament have been at loggerheads on the making of legislation, with the current electoral law being one of the most debated issues in Somalia. The Lower House has a strong backing of President Farmajo, who is keen for re-election later this year.

Hashi said the Senate will always have a bigger role in legislations regarding the electoral process, arguing that any approval without the Upper House's involvement will be resisted. He said the international community should chip in and salvage the stalemate, which risks causing confusion when Farmajo's term ends.

But in a tough-worded statement on Sunday, Villa Somalia's director of communications Abdinur Mohamed insisted that the Senate has been approving some of the electoral laws, which some of the senators insist that are divisive and controversial, despite the fact that the House had the opportunity to amend them.

The Senate, Abdinur argued, should first ensure that the Federal Member States respect the laws before blaming the government for the current quagmire. He insisted that the Senate participated in the shaping of the electoral bills contrary to claims that the process was hijacked by the Lower House.

The statement came hours after it emerged that Puntland and Jubaland had pulled out of the Dhusamareb III conference where an electoral consensus was to be reached. President Mohamed Abdullahi Farmajo traveled to Dhusamareb on Saturday after addressing the Lower House.

On Saturday, Farmajo who addressed the Lower House said any decision reached by regional leaders in Dhusamareb ought to be approved by the Lower House, a statement which was widely criticized by the Senate. He insisted that the decision "must be accepted" by everyone across Somalia.

“You are the voice of the Somali people, and we must also understand that this House represents the regional states and the Somali people, the decision you make must be accepted by all in the country," Farmajo had told parliament moments before he left for Dhusamareb.

"That is how it is, that is how the entire world works. I will bring back here any agreement we make with the leaders of the regional states so that you may play your constitutional role,” the president added, further indicating that he was not really to act without the involvement of the Senate.

Last month, Lower House kicked out Prime Minister Hassan Ali Khaire after his participation in Dhusamareb talks which Farmajo is said to have opposed. Somalia is staring at the worst electoral crisis in as many years due to the current controversy surrounding the electoral model that should be used for upcoming elections.