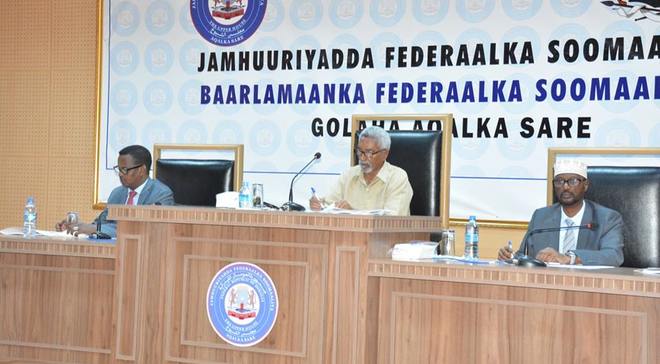 MOGADISHU, Somalia - Somali Senate warned against interference in the forthcoming presidential elections of the country's regional States amid calls for a free and fair ballot, Garowe Online reports.

In a statement released on Sunday, November 4, the standing committee of the Upper House Chamber of the Federal Parliament has expressed concerns over the fairness of the Southwest state vote.

"The standing committee of the Upper House expresses concern and warns against an interference in the into the regional elections starting with the Southwest," read the statement in part.

The Senate called on the candidates vying for Southwest state presidency to maintain and abide by the constitution as well as follow the electoral procedures, to avoid post-election violence.

The statement comes as attention in recent days has turned to Baidoa, the interim capital of Southwest state, where election campaigns are escalating ahead of the election which is slated for November 17.

Among the aspirants running for the State’s presidency is the former Al-Shabab deputy leader Mukhtar Robow, who seeks public office despite a ban by the government, citing US sanctions still placed on him.

Robow, who has yet to respond to the government's statement, has continued his campaign unhindered and remains registered on the list of candidates passed out by the polls body.

Last week, Members of the two Somali Houses of parliament from the Southwest State of Somalia blamed Villa Somalia for direct interference in the region's vote by backing some candidates with public funds.

However, Villa Somalia, the Horn of Africa country's Presidential Palace in Mogadishu could not be reached for comments on the Federal legislators' accusations.