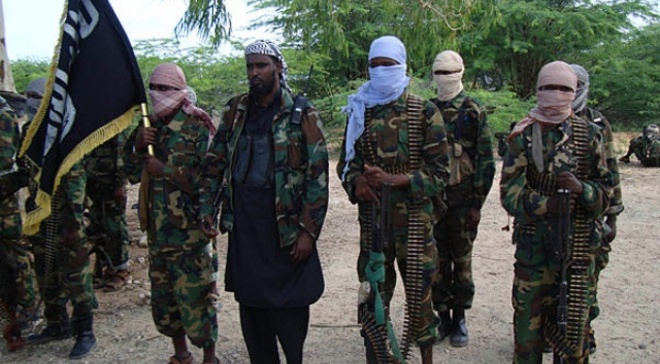 JILIB, Somalia, July 9, 2015 (Garowe Online)-Senior Al Shabaab officials including its Chief Abu Ubaidah have been discussing loyalty to the Islamic State of Iraq and the Levant (ISIL) amid military setbacks on frontlines in central and southern Somalia, sources familiar with the matter told Garowe Online.

Abu Ubaidah is believed to have eased his stance towards ISIL, and told militant ideologues to cut off ties with al-Qaeda and its leader Ayman al-Zawihiri.

The gathering is underway in the town of Jilib , some 97km north of the southern port city of Kismayo.

The tight secrecy of the meeting made details more convoluted, with sources telling GO that Mahad Karate, Ubu Ubaidah’s deputy agreed to the allegiance to the Islamic State (IS) which is seeking to extend its influence into East Africa.

“This is not strange, and it seems that Al Shabaab could be following in the footsteps of Boko Haram at the height of dire funds shortage, and blistering loss of grounds against allied forces,” said an analyst who asked not to be named.

Al Shabaab merged with al-Qaeda in 2012. Eversince, militants have been adhering to apostasy principles and the communications style of the network.