Somalia sets yet another election date amid opposition boycott 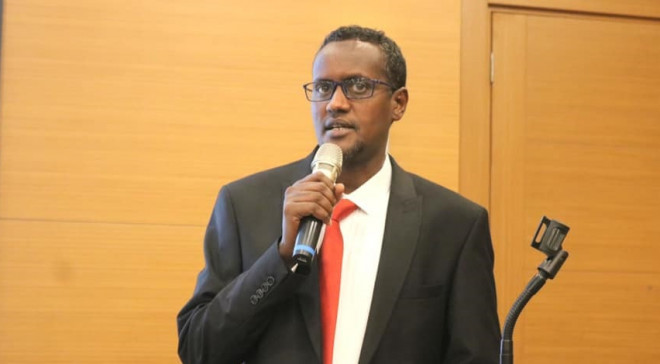 FEIT announced on Wednesday that the registration of the candidates for the 54 seats will begin on December 26, while State Presidents are expected to issue their list of contenders on December 29.

No dates have been set for the 275-member Lower House and presidential elections but FEIT said the Federal and State Electoral Commissions will commence on 7 January the registration, verification, and training of the traditional clan elders partaking in the selection of electoral delegates.

The election team failed to meet the December 1 deadline for the start of the elections of members of the Upper House chamber of the 11th Somali Federal Parliament.

Puntland and Jubaland states are yet to appoint their representatives in the state-level elections committee but instead set out conditions in what could further complicate efforts to hold elections on time.

The two Federal States have set conditions on the appointment for withdrawal of Federal troops from Gedo, review the electoral commissions, and allow Senate speaker name poll body for elections Somaliland seats in the next parliament.

According to an election deal inked between President Farmajo and Federal States leaders in Mogadishu on Sep. 17, 2020, each MP will be picked by 101 electoral delegates in the indirect election that will take place in two locations in every state.

This comes as 14 presidential candidates have rejected the electoral committees appointed by Somali Mohamed Hussein Roble and demanded a neutral body to oversee a fair and free vote in Somalia.

The Council of the Presidential aspirants accused Farmajo of appointing intelligence officers and other loyalists in key federal and regional poll bodies in a bid to influence the upcoming elections in his favour.

They have vowed to boycott the upcoming elections if the government leaders fail to accept their demand for an inclusive and transparent electoral process.

In a joint statement issued mid this month, Somalia’s international partners have expressed deep concern about the ongoing disagreements over the implementation of the 2020/21 electoral process.

The partners called on the Somali Federal Government and Federal States leaders to reconvene urgently and to reach out to other stakeholders to resolve concerns about the management of the electoral process through consensus-building.

The country’s political parties’ system will not be applied after the current government failed to realize the 2020-21 goals to hold one person and one vote election due to lack of energy and time invested in the plan.