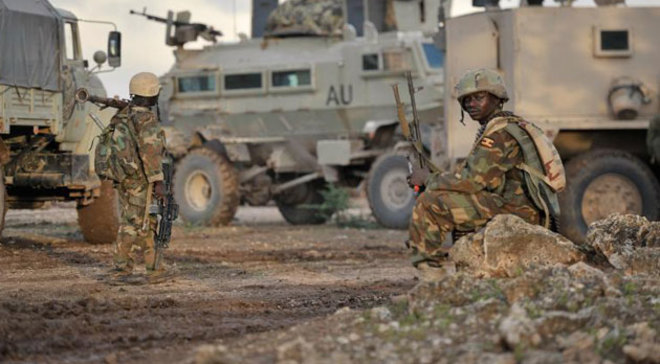 HOSINGOW, Somalia - At least seven Kenyan soldiers were reported to have been killed, and several others injured in a roadside bomb that targeted Kenyan Defense military convoy in southern Somalia, Garowe Online reports.

"Seven KDF soldiers feared dead after deadly bomb attack in Hosingow area near Kenyan border," said a resident who spoke to GO over phone on condition of anonymity.

In a statement posted on its affiliated websites, the al-Qaida-linked terror group said they used a remote controlled landmine to attack a convoy transporting military supplies to Kenyan military base in Somalia.

Locals reported that the al-Shabaab attackers have immediately fled the scene after the ambush as they feared retaliatory attack from the Kenyan soldiers targeted in the massive roadside explosion.

AMISOM and the Kenyan officials are yet to comment on the incident.

Despite being driven out of the major ground in southern and central Somalia, the militant group still pose serious threats to the allied AU forces in the country.