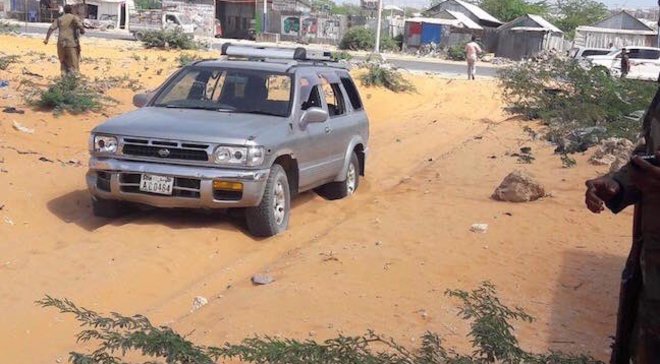 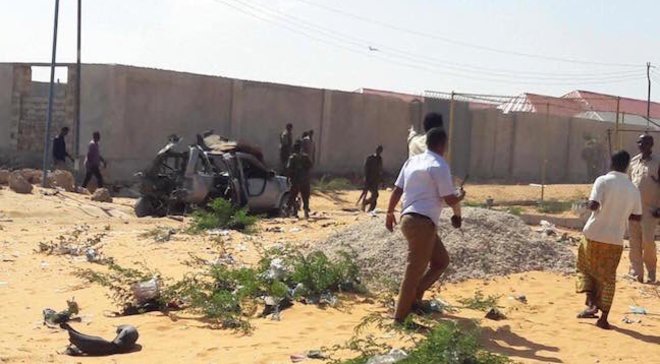 MOGADISHU, Somalia- Several Somali security personnel were wounded on Monday when a car bomb exploded in the capital Mogadishu, the latest in a string of terrorist attacks, Garowe Online reports.

Capt. Mohamed Ali, a senior Somali Police official, confirmed to local media that the attack took place on Monday afternoon at an army post in Ex-control checkpoint on Afgoye road.

"We believe the vehicle was involved in attempted assassination earlier today in Mogadishu, it was being searched when it exploded prematurely at the security checkpoint at Ex-control area," said Ali.

An eyewitness, who was nearby when the car exploded, said he had seen four Somali soldiers wounded by the blast, and immediately taken by ambulance to the nearest hospital for treatment.

No group has immediately claimed responsibility for the car bomb, but the Al Qaida-affiliated Al Shabaab insurgents have in the past few weeks carried out continuous attacks, and targeted assassinations in the capital Mogadishu.

Al Shabaab leaders have earlier vowed to continue their fight and denounced the new government led by the new President Mohamed Abdulahi Mohamed Farmajo who placed a priority to eradicate the militant group in the country during his tenure.