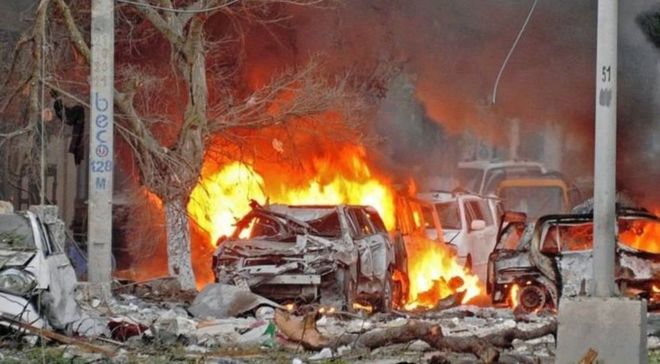 MOGADISHU, Somalia- A massive explosion has rocked a military base in the Somali capital of Mogadishu on Monday morning, killing at least five soldiers, Garowe Online reports.

A man wearing military uniform blew himself up inside the military training camp at former candy factory in Mogadishu's Wadajir district.

The blast was followed by heavy gunfire, said witnesses. Reports said 5 soldiers are dead while 15 others have sustained serious injuries from the blast. This attack is the latest in series of bombing attacks in the capital.

Ambulances rushed to the scene and transported the wounded to the nearby hospitals.

Subsequently, Al Qaida-affiliated Al-Shabaab group has claimed responsibility for the attack against the military base, which previously vowed to continue the fight against the new Somali administration.