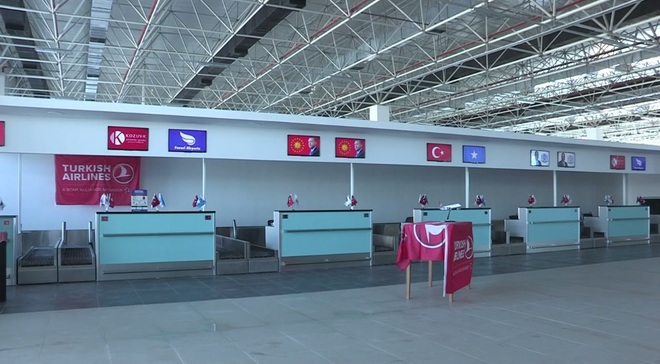 MOGADISHU, Somalia - Domestic flights in Somalia have been suspended indefinitely, Transport and Aviation department announced on Saturday, in a move aimed at limiting movements across the country amid Coronavirus pandemic scare.

In a statement, the department said the suspension will take effect on Sunday, adding that "it's a global pandemic and the general public should bear with us for the essence of keeping the nation safe".

This ban, however, does not affect cargo planes, which are responsible for transportation of goods across Somalia, to various airstrips in regional states, mostly humanitarian aid, officials added.

But the humanitarian cargo planes must seek consent from authorities a day prior to such trips in the country, a protocol which "must be adhered to strictly" for the sake of smooth coordination, the statement read.

The UN and other humanitarian agencies dispatch both medical and food supplies to the war-torn nation, targeting people in various regions across several states, including the Al-Shabaab controlled territories.

Last week, the department's minister Mohamed Abdullahi Omar suspended international flights into the country for 15 days, but the latest statement indicated that all flights are suspended indefinitely.

Already, Somalia has confirmed three positive Coronavirus cases. The latest victim is a UN contractor who had been quarantined for around eight days, officials said, but no single death is yet to be reported.

Several health facilities in Somalia benefited from test kits, medical garments and face masks in the fight against the global pandemic, following a donation from Chinese philanthropist Jack Ma.

But the FGS gas requested three laboratories for testing of COVID-19 given that currently, the country has to wait for analysis from Kenya, where the World Health Organization [WHO] has one of the facilities.

WHO is expected to deliver the equipment in two to three weeks after which training will commence for the lab technicians on how to test for Covid-19 infections, officials said.

The virus spread has grounded most operations in the world, threatening a possible recession. Many countries have already shutdown activities, with some declaring lockdown.

By Sunday, over 650,000 positive cases had been confirmed, 135,000 recoveries and 25,000 deaths, reports indicate, in the first major global health quagmire in as many years.

Italy is the worst affected, becoming the epicenter of the disease by recording over 10,000 deaths. Somalia has sent 20 doctors from National University to Rome, who are expected to join others in the fight against the virus.

Africa has recorded 1,300 positive cases so far with South Africa being the most affected. Algeria and Egypt follow in that order. Kenya, Rwanda, and Uganda have a combined total of 90 cases, reports indicate.