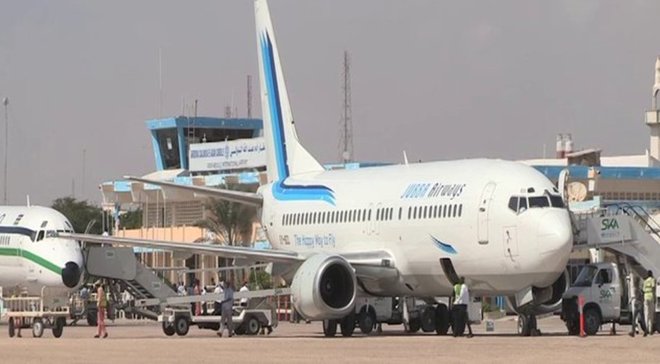 MOGADISHU, Somalia- The country has announced that all flights arriving and departing from Mogadishu’s Airport will be suspended on Wednesday, in a new measure to enforce security during the presidential election, Garowe Online reports.

Yesterday, Mogadishu’s Mayor has said that major roads in the Somali capital of Mogadishu will be closed for two days till the conclusion of the ballot.

On Monday, the outgoing Minister of Civil Aviation, Ali Jama Jangli told the local media that flights to Aden Adde Airport in Mogadishu will be suspended on Wednesday, however, the flights are expected to resume normally in the following day.

This comes amid preparation by the Presidential Election Committee (PEC) to complete arrangement ahead of February 8 ballot. The country is planning to prevent possible terrorist attacks by Al Qaida-linked Al Shabaab group, which vowed to disrupt the forthcoming presidential election.

Somalia's Federal Parliament will pick a new President in a secret ballot, as the newly sowrn-in MPs and Senators will cast votes among 23 presidential aspirants competing for the top office in Somalia.