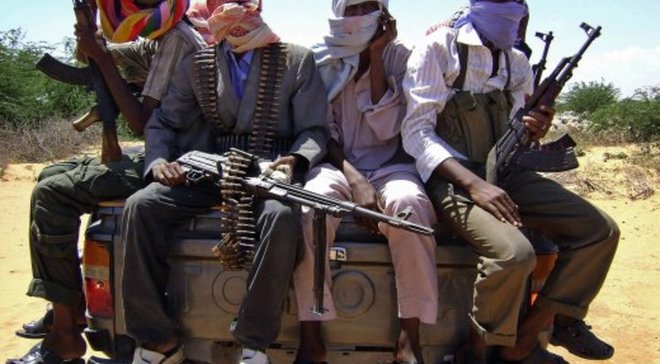 MATABAN, Somalia- At least 10 people were reported to have been killed and scores injured when rival clan militias clashed in central Somalia, Garowe Online reports.

An official, speaking to GO said the inter-clan fighting broke out in Benyaley vicinity near Mahaas town, in Hiiran region on Tuesday night which entered the second day.

He said those killed in the ongoing tribal combat are from both sides. The wounded were taken to health centers in Beledweyne and Guri’el towns for medical treatment.

The fight is believed to flare-up over a pastoral land and clan feud as the country is suffering from a severe drought that affected thousands of people, mainly communities in the rural areas.

Reports from the region indicate that the situation is still too tense and there might be further escalation as the two sides are receiving reinforcement fighters from nearby villages.

Hundreds of families fled from their houses fear of escalating tension.

Local elders are making efforts to mediate the warring clan militias, and bring to an end to the deadly clashes that have been recurring in the region for the past few months.

Since the collapse of former Military regime in 1991, disputes over water wells and grazing fields have been at the center of the clashes between Somali tribes across the country.