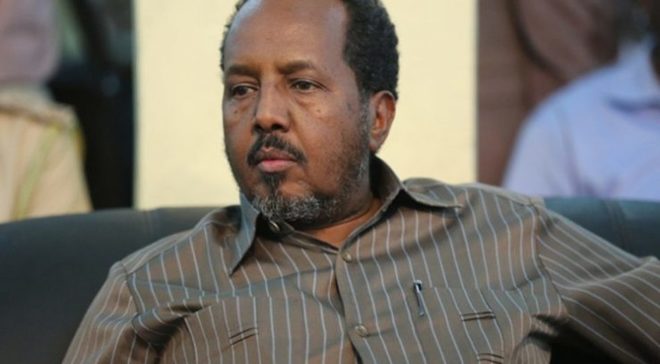 MOGADISHU, Somalia-Reports are emerging on a plan to scrap the Upper House of Parliament amid growing concerns over the implementation of 2016 electoral process.

Somali political leaders previously agreed to form the Upper House after the current leadership failed to pave the way for popular vote.

Mohamud has reportedly convinced Prime Minister Omar Abdirashid Ali Sharmarke to agree to his scheme already endorsed by Galmudug and Southwest State leaders who continue to show off lukewarm support for the distribution of seats.

The Somali leader is said to be in separate talks with Puntland and Jubaland Presidents--Abdiweli Mohamed Ali and Sheikh Ahmed Mohamed Islam (Madobe)--to shore up a common standpoint regarding the fate of Parliament’s Upper House.

Moreover, pressure by clan elders began to mount on the political leaders due to lack of preparations.

Two more seats given to Puntland recently sparked off debate, and prompted for Somaliland to express dissatisfaction.

GO understands that the unconstitutional move on the allocation of Upper House members was aimed at sowing tension among Federal Member States.

135 traditional elders are expected to pick the country’s next parliament rather than the Electoral College of 51 members in another twist which could fuel skepticism on how credible the Presidential election could be.

Concerns are lingering on whether Somalia elections can take place on a timetable called “constitutionally inconsistent” by poll contenders.