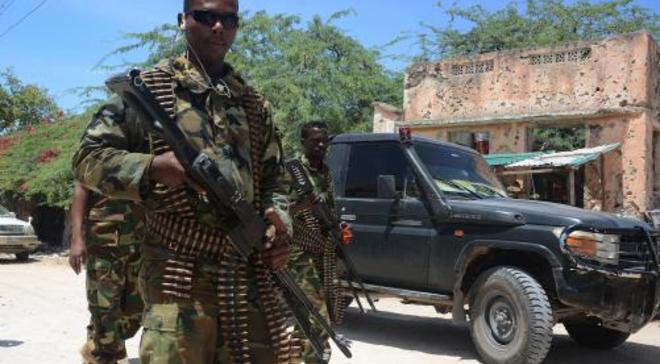 Major Ahmed Ibrahim, a Police officer in El Wak town of Gedo region, near Kenya border said they detained over a dozen of suspects linked to the Al Qaida-affiliated Al Shabaab group during the sweep.

"The police officers carried out a pre-dawn operation and arrested 15 people in connection with the explosion in El-Wak on Friday afternoon which left wounded government soldier," Ibrahim added.

No one has claimed responsibility for the tea shop blast.

The local residents said the forces blocked all main streets in the town, to conduct a security operation, as they searched for Al Shabaab suspects and illegal weapons.

The Police officer said the operation was aimed at ensuring peace and security in El Wak district in Gedo region by flushing out the Al Shabab elements hiding in the town.

In the past few weeks, Somali government forces have been attempting to secure the border town which witnessed several deadly attacks.