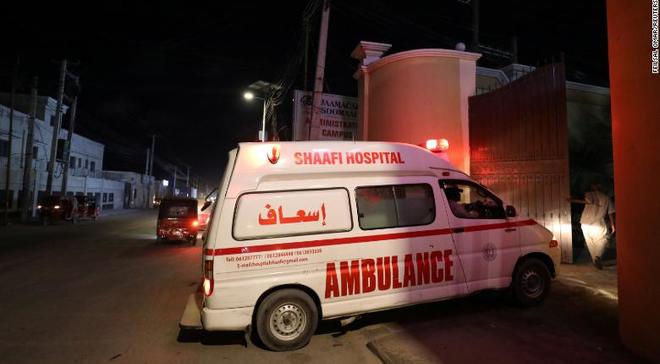 The attack began after fighters wearing police uniforms came in a car and started began shooting and throwing grenades at security guards of the hotel near the presidential residence in on Tuesday evening.

Somali police said in a statement five people, including two soldiers and five insurgents, died in the attack, making the total number of fatalities 10 while 11 others, among them soldiers have been injured.

"The operation at the hotel is over. The five attackers were shot dead," police said.

Two attackers holed up inside the hotel for 7 hours, firing from the top floors as they battle the security forces that cordoned off the building until late night. At least 82 people, including officials, were rescued.

Former security minister and current MP, Abdirisak Mohamed said one of his friends escaped the hotel attack after jumping off a wall into the next peace garden [Beerta Nabadda]. The raid started at 7 p.m. and continued until 2 a.m.

Located in the city’s most protected zone, the hotel frequented by politicians, patrons, and lawmakers has suffered previous Al-Shabaab deadly car bombs and gun attacks that left dozens of people dead.

Al-Shabaab was forced out of the Somali capital in 2011 but still controls parts of the countryside and continues to launch attacks on most prominent hotels and restaurants in Mogadishu.