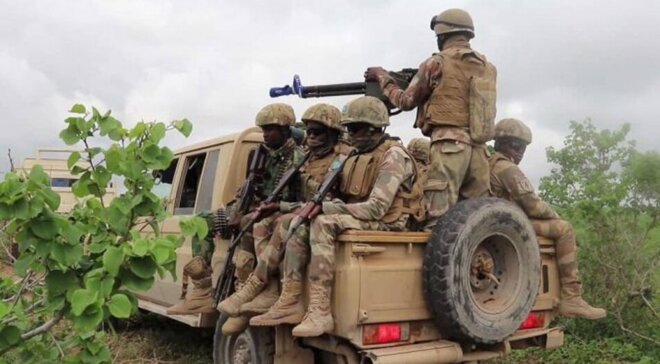 BAIDOA, Somalia - The Somali National Army [SNA] conducted yet another sophisticated operation over the weekend in southern Somalia, a top official said, adding that the military is ready and equipped to handle threats caused by the Al-Qaeda linked group in the Horn of Africa nation.

Major Ahmed Hassan, the commander 143rd SNA unit, said the operation left at least 12 Al-Shabaab militants dead and several injured. According to him, no government soldier was injured during the operation which lasted for several hours.

The army major said the operation targeted Al-Shabaab hideouts in Lower Shebelle, a region that was earmarked as a terror hotspot by the security forces in Somalia. He said the military is still keen to recapture areas that are still under Al-Shabaab control, adding that "we must restore normalcy".

For lasting peace and stability, he added, civilians should work closely with security forces in the country. He hailed residents of Lower Shebelle for helping the military navigate the region, which is considered dangerous due to the high presence of Al-Shabaab militants.

"We conducted a successful operation over the weekend and we are glad to announce that over 12 Al-Shabaab militants were killed in our operation. This is not a mean achievement for us given that elimination of even a single fighter is important for us," said the officer.

He noted: "We shall continue pursuing them in their hideouts until they are defeated. We thank our partners and Somali people for standing with us as we fight this enemy. Their ideologies do not correlate with Islam as they want to make us believe."

The operation is one of the ongoing efforts to eradicate the militants from Somalia. Since March, the Somali National Army, US Africa Command, and the African Union Mission troops in Somalia have been targeting Al-Shabaab militants in central and southern Somalia.

In the process, a number of militants have been killed either through ground combats or airstrikes. For instance, Southwest regional forces and the SNA killed Ibrahim Moalim Abdi alias Ibrahim Ganey dead, ending several years of search. The militant had been on surveillance for several years now according to security forces.

A second militant whose identity is yet to be established, officials said,  escaped from the scene and security officers are pursuing him in the nearby thickets. The operation between Bardale and Awdinle also saw several sophisticated weapons seized and have since been handed over to experts for ballistic tests.

His death, officials said, is significant in the fight against the Al-Shabaab militants, who still control large swathes of rural southern and central Somalia. He is believed to have been one of few remaining top Al-Shabaab operatives in the Lower Shebelle region.

The death also comes barely a fortnight after security forces confirmed the death of Abdikadir Commandos, a senior Al-Shabaab operative within Lower Shebelle, who was killed in a US coordinated airstrike in the southern part of Somalia. The US military announced his death about two weeks after his death.

SNA troops are set to assume security responsibilities in Somalia from next year when the AMISOM forces leave the country. Through mutual cooperation and support, thousands of security forces have been trained in Somalia ahead of the exit.